Review of 'Crux' by Jaggery 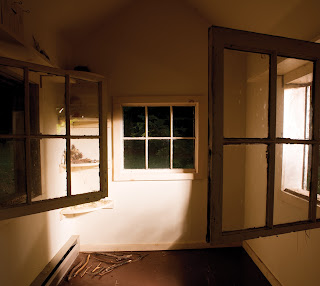 Their sound is quite simply genre defying – an alien mix of Bjorkish vocals, dark strings, soft pianos, and jazzy percussion. ‘Avant rock’ doesn’t do it justice. For one rock indicates guitars, of which there are surprisingly none on this record.

The band's influences are hard to pinpoint. Instrumentally,they appear to be influenced by a bit of everything. Mali's rising and falling acrobatic vocals meanwhile definitely seem Bjork-inspired, but there are points when she seemingly morphs into an entirely new singer, turning soft and angelic on 'Venus In Transition' and then shape-shifting into a raspier version of Siouxsie Sioux on 'Raskalnikov'.

Crux is the band’s third album. Given I hadn’t heard of Jaggery before this record landed in my inbox, I can’t fill you in on the band’s history. I can only assume they’ve gone under the radar for so long because of how wacky their sound is.

Thankfully these aren't the type of arty-farty avant-garders that lavish in showing off their talents with displays of maturbatory noise. These are actual songs, rather than displays of arrogant noodling, and the band has a strong sense of melody, indulging in warm chords and slinky basslines.

However, there are some moments of carnivalesque experimentation that are likely to have less tolerant listeners scrambling for the mute button - in particular the first ten seconds of the album that sees Mali screeching like a boiling kettle over a tribal drum beat.

Given the opening track is called 'War Cry' it has it's purpose, which sums up most of the experimental moments on this album. Nothing is done merely for the sake of being experimental. Instead, the band use their creative side to be playfully kooky and add depth to each song, the changing percussion rhythm of 'This Way That Way's chorus being a good example, deliberately matching the disorientated lyrical theme of the song.

This playfulness sustains itself for most of the album with the exception of  'Crux' and 'Those Who'. Here the band leash and muzzle their wild side resorting to boringly sane balladry. Fortunately, this is only a slight lull in the record and the group are able to untame themselves again, closing the album on the weirdest and most fun track of all, ‘Nijinsky’s Diaries’, a largely-spoken-word song that sees Mali yelling ‘I will blow my brains out if God wants it!’ over an instrumental freakout.

All in all, the album could be more consistently deranged. For now, the group have succeeded in solidifying a refreshingly unique sound that's unlike any other band out there. I was starting to wonder where rock was going, but maybe this is the answer. Throw away your guitars. 'Avant rock' is the way forward.