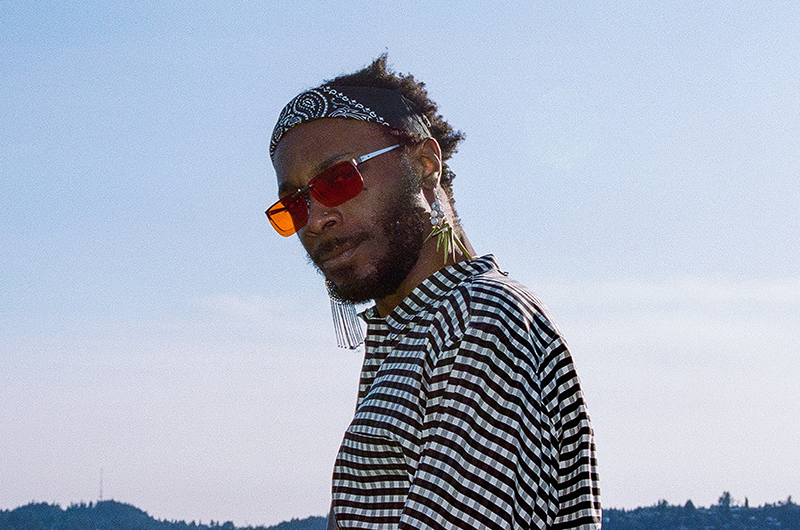 New experimental hip hop from JPEGMAFIA and Clipping, among other exciting tracks.

‘Jesus Forgive Me, I Am A Thot’ – JPEGMAFIA

Baltimore experimental rap weirdo JPEGMAFIA is releasing a new album and he’s told fans that it will be ‘wack’ and that they should ‘expect disappointment’. This is the first single and, despite JPEGMAFIA’s clear intentions, it’s not very disappointing. The production is so disjointed that it almost gave me a brain aneurysm and yet Peggy’s singing in the chorus is quite pretty and almost smooth. The result is some noise-rap/R&b hybrid. Oh, and the lyrics are completely outrageous: ‘Pray that these crackers don’t Columbine’.

‘Nothing is Safe’ – Clipping.

Hungry for more experimental rap? You’re in luck, because Clipping. are back. Daveed Diggs continues to display his knack for gloomy storytelling, this time accompanied by some stabbing high-pitched pianos and spooky synths. I kept expecting some harsh noise to creep in, but I guess they’re over that now (which isn’t a bad thing).

Still hungry for more experimental rap? You greedy fat pig. This new song ‘Carry On’ from DGTL CLR isn’t really experimental rap, but it’s close enough. In fact, this song doesn’t really fit neatly into any genre. The wobbling bass and punchy drums create a uniquely intense backdrop for the rapidly flowing vocals on top. This then breaks away for a more melodic indie-style chorus. I'm intrigued to know where this musician will go next.

Girl Band are an all-male four-piece group from Ireland. Their music is on the very noise end of noise rock – there’s not much melody going on with those guitars. However, what they lack in melody, they make up for in creative rhythm-building, throwing in various rattles and clanks and whirs. There are also guitar noises towards the end of this track that I’ve never heard before – and that’s quite the challenge in 2019. The creepy video is also worth a watch.

Kamloops psych-rock outfit Mother Sun are championing an equally unique rock sound. Surf-flavoured guitars and loopy organs play out over some frenetic percussion accompanied by some vocals that feel almost Strokes-esque. It comes straight off the band’s upcoming album Caramel Clouds, which is out August 23rd.

I try not to pick on songs from amateur musicians, but this track really is something else. What the hell is happening at 1:23?