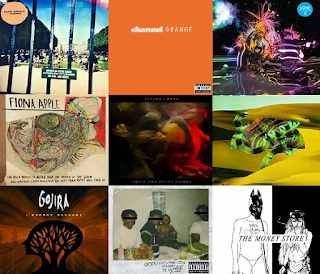 I've rounded up my top 10 favourite albums of 2012. What were your favourites?

10. The Idler Wheel Is Wiser Than the Driver of the Screw and Whipping Cords Will Serve You More Than Ropes Will Ever Do - Fiona Apple Forget the long-winded, pretentious album title. Put that aside. Sweep that under the rug. Musically, this album feels anything but overblown. Alternative rock/pop singer, Fiona Apple, has stripped down her sound to create a beautifully minimalistic, piano-driven record full of dynamics and soul. Fiona's voice shifts dramatically in each song from a whisper to a bellow in a Bjork-like fashion. There is a fragility to her voice that is almost appealing, as if she won't quite hit the next note, and yet each syllable comes out perfectly in tune as if by surprise. Just this vocal tone alone is a wonder to listen to. The beautiful piano arrangements and masterful lyrics are an added bonus. 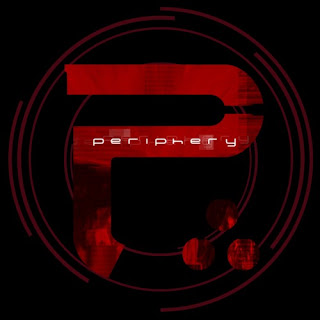 Periphery is one of the founders of the prog metal sub-genre, “Djent”. It is a musical style known for employing polyrhythms, unusual time signatures and other technical pieces of jargon, and as proficiently impressive as it is, I have always found the genre to be somewhat lacking in the important aspect of melody. Fortunately, Periphery have clocked on to this. This album sees some twiddly instrumental work mixed with moments of audial beauty: jazzy guitar solos and pretty interludes of electronica. The band's lead vocalist meanwhile brings in some sweet vocals similar in style to Linkin Park's, Chester Bennington. Although relatively poppy-sounding, I think they're perfectly suited to the music and there are enough hardcore vocals to add a brutal contrast and keep things metal.

Favourite track: 'Have A Blast'

8. Until the Quiet Comes - Flying Lotus 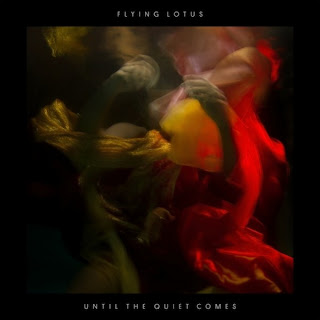 This is a smooth, lucid, acid trip of an album. The songs are mostly short and flow dreamily into one another, consisting mainly of reverb-drenched, freestyle jazz-electronica, occasionally layered with snippets of singing. The vocals are produced to sound beautifully distant and ambient and they are performed predominantly by guest musicians including Niki Randa and Thom Yorke. At times, the album feels heavenly tranquil. At other times it is almost jarring and spooky. Its a hazy whirlwind of sounds and emotions that altogether might be a bit too obscure for some people. I say, let go and ride it out. Australian psychedelic rock group Tame Impala experiment with keyboards and guitar effects to create a kaleidoscopic record that sounds like late-era-Beatles-meets-Radiohead. It's both retro and forward thinking - despite it's warm and fuzzy 60s tones, many of the songs have unpredictable structures. I also love Kevin Parker's introspective lyrics.
Favourite track: 'Apocalypse Dreams' 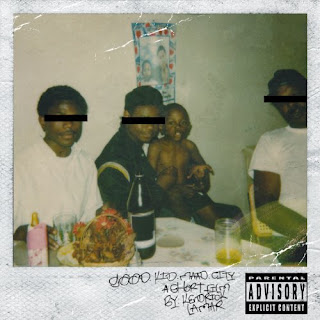 This is how modern hip hop should sound. The album follows a day in the life of Kendrick, discussing the problems of growing up in Compton in an honest and realistic manner. The tracks are interspersed with humorous skits of Kendrick's mother leaving him answering machine messages, with his father hollering on about his dominoes pizza in the background. Instead of acting as fillers, they help build upon the story of the album. Each track seems to take a different style of hip hop and portray it perfectly. There is a mixture of modern beats and smooth backing tracks reminiscent of gangsta rap from the 90s. Kendrick meanwhile explores a variety of rapping styles. Consequently, the album never has a dull moment. 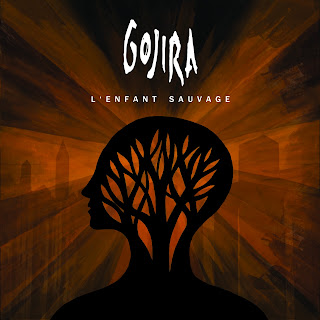 Gojira are a French progressive death metal band, their music a blend of beauty, brutality and groove. This record sees the band simplify their sound for a more straightforward heaviness, with the progressive elements less prominent. The drumming is truly monstrous on this album, complex but incredibly rhythmic. The production is tight but does not feel too artificial, instead sounding naturally vicious, washing over the listener like a tsunami. Gojira seem to have dropped their lyrics about environmentalism, flying whales and plastic bags in the sea for a more spiritual, philosophical approach. This is something I'm very glad of. The preachy treehugging of their earlier albums could be a little grating at times. 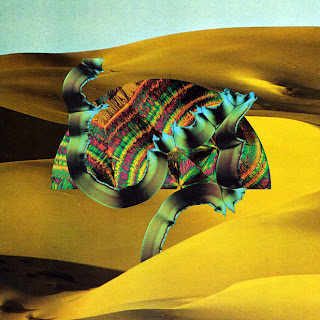 I recently saw these guys live, missed my train back home afterwards and was forced to wait outside Brighton station all night in the cold snow until the morning trains started running, but it was all worth it just to see this awesome band in the flesh. Django Django are a brand new psychedelic indie rock band. They combine Dark Side of the Moon style Pink Floyd with a spaghetti western vibe and video game synths, layered with Beach Boys vocal harmonies containing bouncy, catchy hooks. They're a fun, fresh unique group and I excitedly look forward to whatever they plan to do next with their sound. 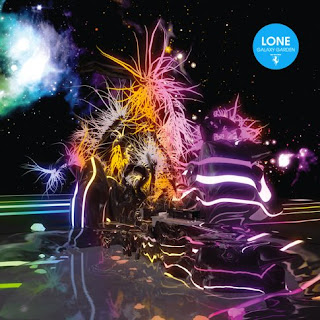 This UK electronic musician has managed to bottle the sound of nostalgia. His tunes have the aura of an early 90s Japanese video game soundtrack mixed with lounge music and 90s ecstasy-induced rave and House. The synths are warm and soothing and are glossed with bright keyboard solos. In the background soft interesting percussion patterns carry the music gently along. There are a few touches of vocals but for the most part, the album is instrumental. It is a celestial, mesmerising album that gave me an outer body experience the first time I heard it. 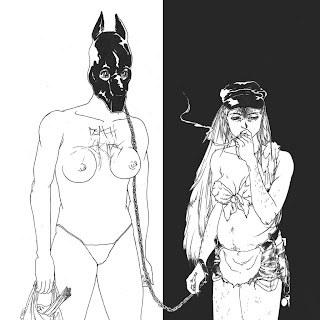 Death Grips are a new musical act that have taken hip hop and all its negative associations and revved them up to a dizzying level to create something so abrasive and over-the-top it takes on a whole new mood. This is not hip hop to dance or chill to. Its aggressive, adrenaline-pumping, thrill-seeker stuff, similar in tone to hardcore punk or extreme metal. Its use of raw samples, thick phasered bass and pounding beats assault the ears. Vocalist, MC Ride, screams his lungs out into the mic, his lyrics dark, manic and paranoid. However, amongst the ugliness, there is a catchiness and a variedness that makes this album hard to walk away from. Death Grips released another album this year, No Love Deep Web, that is also worth checking out, equally as hard-hitting. They have a sound that's certainly not for everyone. I personally love it. Approach this with an open mind.

In recent years, r&b has grown lyrically obsessed with clubbing and sex to the point that it has now abandoned all other subject matter. The melodies are mostly contrived and the emotion is non-existent. Frank Ocean, a member of the hip hop collective, Odd Future, has came in to bring some much needed soul back into r&b. I won't lie and say he's revolutionised the genre or even saved it from its impending doom, but he may have prolonged it by brandishing this flawless gem of an album. Starting off very prettily, Frank's lyrics take us to a Californian beach with white sands and cocktails, but there are some dark undertones that poke through. The track “Pyramids”, a 9 minute epic r&b odyssey, marks the transition to the second half, which is less about mood but emotion. These later tracks each depict a trouble in Frank's life, his sexuality and his newly achieved fame, conveyed powerfully and poetically.