The Top 5 Most Terrifying Albums 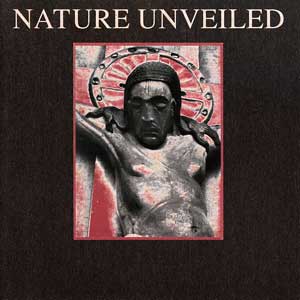 WARNING: this is not one of those lists of campy Halloween classics like Michael Jackson’s Thriller and Bobby Pickett’s The Monster Mash. This list is for pure fear-chasing sadists who are ready to surrender their bowels and suffer endless nightmares for years to come. You’ll want to exorcize your speakers after listening to these records – not that Satan had any part in the creation of these albums; in fact, he’s still rocking back and forth in the corner of his bedroom after listening to these monstrosities, muttering to himself ‘Why? Why did I scar myself by reading that terrifying list on Music Related Junk?’. Basically, get off this list now if you’ve got a weak heart. You have been warned.

This 1984 cauldron of Gregorian chanting, pitched-down pianos and trippy effects-slathered chants still sounds absolutely terrifying to this day. It’s like playing with a Ouija board on shrooms. The substance of David Tibet’s incantations is difficult to make out. He could be reading off a shopping list for most the album for all I know. Not that it matters as the warped delivery would still be disturbing enough.

There’s one track on this 1977 album titled ‘Frankie Teardrop’ which earns Suicide a place on this list. You can listen to it above if you dare. Vocalist Alan Vega narrates the twisted story of an overworked man driven to murdering his family, which would have been creepy enough itself – but then he goes and throws in some blood-curdling jump-scare shrieks. The whole album’s a little dark, but this track takes the cake.

Portal make every other extreme metal band sound like Disney music. Outre is their magnum opus horribilis (basically, it’s truly harrowing shit). You know it’s going to be a bad trip as soon as those atonal murky guitars come in like some giant Frankenstein slug made of sewn-together corpses rising out of a swamp. What follows is a lightless, unforgiving descent through the audial abyss. As you claw onto any sense of hope, the album responds by dragging you deeper into its horrifying depths. Portal claim to be from Australia, but I think they may have mistaken 'down under' for the ninth circle of Hell.

Amount of bricks shat: ENOUGH TO REBUILD THE PYRAMIDS OF GIZA

After an emergency operation led her to have an unspecified organ removed, noise artist Margaret Chardiet (AKA Pharmakon) decided to release this visceral and utterly fucked-up ode to bodily mutilation. Synth drones as cold as the chopped up limbs in a psychopath’s freezer and industrial clangs darker and more distorted than a dusty VHS snuff film make up the backdrop to Margaret’s vocals, which are a mixture of tortured screams, breathless gasps and even the sound of her vomiting on one track. You’ll be listening through one headphone.

Amount of bricks shat: ENOUGH TO BUILD THE GREAT WALL OF CHINA AND THE TRUMP WALL COMBINED

Stalaggh shouldn’t exist, but it does. These bastards took it too far. ‘Stalaggh’ is a combination of the word ‘stalag’ (a Nazi concentration camp) and GH (which apparently stands for Global Holocaust). The vocals are actual screams from mental asylum patients (supposedly). It’s a cesspool of harsh noise, extreme metal and pained screeches. The same group of musicians have actually created another project titled Vorkuta under the artist name ‘Gulaggh’, which is arguably worse as it incorporates children’s screams. I’ve only listened to a couple minutes of each record and that was enough of an endurance test (you can listen to one of the tracks above as a sweet taster). This is, after all, music to be endured, not enjoyed - if you can even call it 'music'.