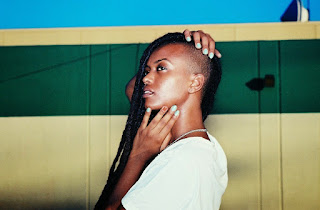 'All the Rest is Noise' - Formation

Breathy vocals ride a futuristic 808-heavy beat on this new glittery pop song from US singer Kelela. Fans of FKA Twigs may dig it – imagine her style made danceable.

Do we have too much access to information in the internet age? Are we using it to better ourselves instead of bettering everyone around us? Atlanta hip hop/folk musician, Raury, seems to think so in this thinking man’s rap piece, delivered in a pensive flow that clearly takes influence from Andre 3000. Speedy Mississippi emcee, Big KRIT, also contributes a verse towards the end. The instrumental’s also pretty sweet.


‘Sadgaze/Bummercore’ – that’s the genre that these guys label themselves under. I couldn’t describe this New Orleans group’s sound better myself. Beginning as a fuzzy and garish riff fest, this track slowly dissipates into a soft hypnotic lull – the vocals shifting from punky yelling to stoner groaning to breezy sigh-singing. For three minutes, it’s quite a journey.


‘Hen’ is short for ‘Hennessey’ and ‘Cookies’ is slang for weed (I looked it up on Urban Dictionary – I was curious). Otherwise there’s nothing interesting to report on this track. Just another generic party rap tune. Move along.
Posted by Alasdair Kennedy at 04:16:00
Email ThisBlogThis!Share to TwitterShare to FacebookShare to Pinterest
Newer Post Older Post Home
Follow @AlasdairKenned1