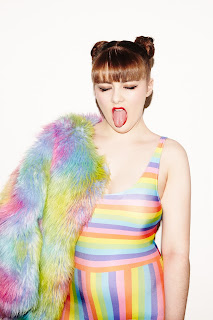 
With hooks this good, Dollie Demi ought to be the name on everyone’s lips. Her latest raunchy rock anthem has a Joan Jett vibe to it and sports a dirty guitar riff that’s borderline sexual. The British inflection meanwhile adds to the raw sass – too many UK female singers nowadays let their accent skip across the pond.


This is probably the most cohesive song that these Boston art-rockers have written and yet it’s still avant-garde enough to be left off most independent coffee bar playlists. A psychedelic swirl of synths, guitars and squelching bass makes up the nutty instrumentation. Kassie Carlson meanwhile remains a lunatic when it comes to lyricism, blathering about driving a car with an engine ‘like science fiction’. I hoped it might be a Back to the Future reference, but the rest of the song entirely flummoxed me.


If the track and video feel cinematic, it’s because Neil and Colin of The Screens have a history of working in TV and film, helping to produce music for Kill Bill 2, The Sopranos, The Simpsons, The West Wing, Lost, 24, Superman Returns and Mr and Mrs Smith. The story themed lyrics depict a Scorsese-esque romance backed by lavish strings and 60s-flavoured guitars. Apparently, the pair barely met up during the recording process, creating most of the song by collaborating online.

Gloomy London electronic art rockers Little Death Machine have released this minimalist number centred around an ominous lurching bassline. I kind of hoped it would explode more towards the end, but perhaps the endless feeling of suspense was intentional, visually captured in the video which sees some dude being relentlessly stalked. Fans of this single should check out last year’s EP Dreaming In Monochrome.

‘She Is Lost’ – The Foreign Resort


I have a soft spot for all this New-wave revival stuff. The guitars and vocals have a neon glow to them and the slatherings of detune effects only add to the nostalgia. The Denmark band are offering fans the chance to make a music video for the single because they self-admittedly can’t afford to make one themselves.

She’s taking positive steps away from her obnoxious phase with this new single. Sure, it’s the same cardboard pop-country Taylor Swift was offering in 2010 – so it still sucks. But I’ll take it over ‘why they put the dick in the pussy?’.
Posted by Alasdair Kennedy at 08:47:00
Email ThisBlogThis!Share to TwitterShare to FacebookShare to Pinterest
Newer Post Older Post Home
Follow @AlasdairKenned1