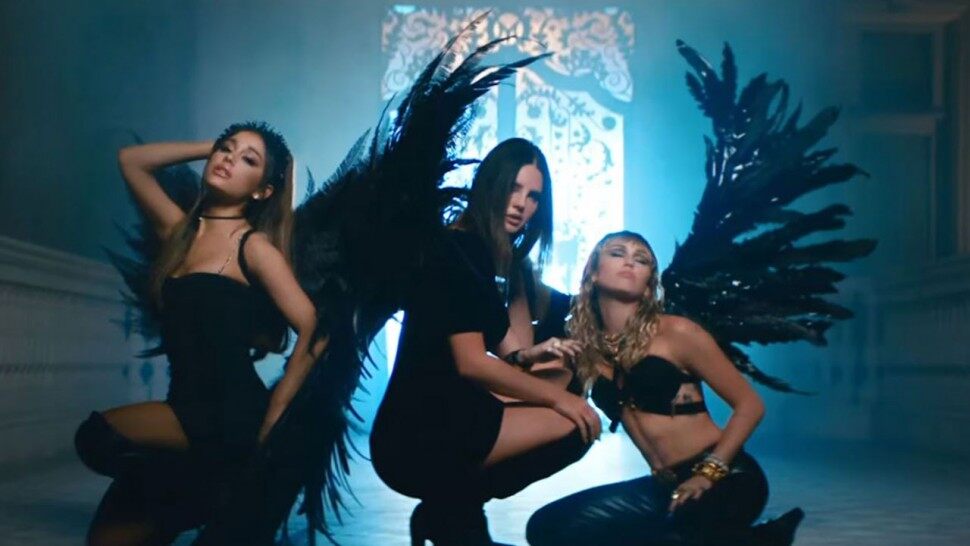 Is the latest Ariana/Miley/Lana pop collab a hit or a miss?

‘Don’t Call Me Angel’ is the latest in a succession of unlikely pop combos. It’s not as wild as that Ozzy and Post Malone collaboration, but I still didn’t see these three ever coming together. The bustling beat is intense - Ariana Grande feels right at home over it and Miley fortunately reins herself in. I did wonder how the hell Lana Del Rey was going to fit in, but as it turns out the song slows down to an atmospheric crawl during the middle eight, which is much more catered to Lana’s slow and smoky voice. All in all, it’s a fun pop posse cut that shows off the best of each of their vocal styles. It’s a shame the video is corny AF.

This kid’s production choice and humorous attitude (his Twitter handle is @Icryduringsex) reminds me of Tyler, the Creator - except with druggy lyrics. Usually drug anthems bore me, but this seems to have an extra dimension to it (is it anti-drug?). The song could have done without the annoying ‘SMOKING BROKEN WINDOWS’ hook, but the rest of the track is cool enough to make up for this.

With its soothing vocal harmonies and intricate guitar-work, this rock track transports me back to the summer of ’76 when Queen and the Eagles were on the radio. I remember that summer clearly – I was minus sixteen years old. Okay, so I wasn’t alive then, but this song still makes me nostalgic for the 70s. At the same time, the Brooklyn band are creative enough that they don’t sound like a complete retro rip-off. The track comes off the band’s latest EP Deep In The Garden.

This latest track from NY producer/singer Katmaz has an early Calvin Harris vibe that I’m digging. The track centres around a staccato groovy riff that accumulates colourful layers as the track goes on, including some badass synth slap bass and rich horns. The vocals are also infectiously catchy and have ingrained themselves in my brain.

‘Conditioner’ somehow manages to be both energetic and ambient. The lethargic vocals and thick droning keys give it a sleepy feel, whilst the relentless snare (I’m going to call it a snare, but it’s more like a ticking clock sound) propels the song along. The track comes off of the Victoria artist’s new EP Conditions.

This ugly trap/metalcore hybrid has it all – cheap MIDI horns, generic breakdowns, nasal emo vocals and questionable n-word usage. He then tops it all off with a rapped verse about owning a ‘foreign car’, despite the car in the video clearly being a Chevvy.