Review of 'Fear Inoculum' by Tool 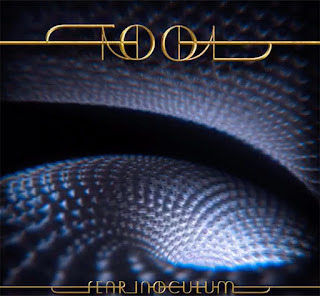 Tool’s first new album in 100 years is a disappointment.

The last time Tool released an album, Obama hadn’t even become president, smartphones didn’t exist and I’m not even sure the lightbulb had been invented. Okay, slight exaggeration there, but it’s felt like that long. Because of the long wait, expectations from fans have been high.

Although I’ve never been a huge Tool fan, I was still interested to see how this album would turn out. Lead single and title track ‘Fear Inoculum’ contained everything I enjoy in a Tool song – innovative sounds, mental drumming and a suspenseful steady build that kept it captivating for its ten-minute-plus running time. The main riff felt a little derivative by Tool standards, but otherwise it felt fresh enough.

I hoped the remaining tracks would be just as captivating – but alas, this is not the case. Unlike opener and title track ‘Fear Inoculum’, the following tracks lack that steady build. They flow and progress incredibly well, but never seem to reach a climax. As for the band’s sense of innovation, there are brief moments of fun creativity such as bluesy slide guitar of ‘Culling Voices’, as well as the drum solo over looping electronica that makes up ‘Chocolate Chip Trip’, but for the most part it feels like Tool is recycling ideas from previous albums. They continue to experiment with odd time signatures (the band are allergic to 4/4 grooves), but the guitar melodies they compose to these disjointed rhythms tend to be pretty dull – especially the three-minute moments of diet djent chugging found on several of these tracks. Even Maynard’s vocals are surprisingly uninteresting.

Most of the tracks are over ten minutes in length, with the exception of a couple interludes. These interludes tend to me more gripping than the lengthier tracks (aforementioned track ‘Chocolate Trip Chip’ being one of them), simply because they swap out guitars for ambient electronica. Title track ‘Fear Inoculum’ contains some of this ambient electronica towards the beginning and it did make me wonder as to why Tool didn’t try to integrate this electronica into some of the other ten-minute-plus marathon tracks rather than reserving it for the interludes. This could have been the vital ingredient to give these tracks more contrast.

I think tempo may be an issue too. Almost-sixteen-minute epic ‘7empest’ serves as the album’s closer (if you ignore the random interlude that comes after made up of distorted bird tweets), and it does feel slightly more engaging than the other tracks if largely for its more energetic pace. The rest of the album is slow and ambling in comparison. Were there a few more speedier moments peppered throughout, it might feel more dynamic.

All in all, it's a meandering slog of an album. Some Tool fans may enjoy meditating to it, but I can't see anyone getting Lateralus-level thrills out of this record. Let's hope that they release a more exciting album in the future (and that we don't have to wait quite as long).
★★☆☆☆