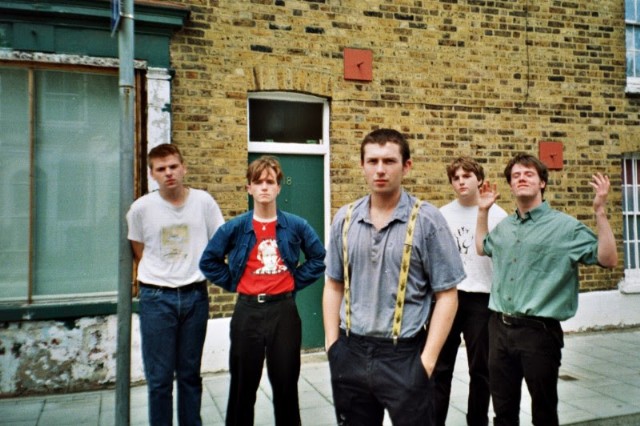 We're now into December. I can't decide whether this year has gone incredibly fast or whether it's been the slowest year ever,

‘It’s the most beautiful thing you’ll ever see, and yet you walk right past it all the time on your way to work!’ yells frontman Charlie Steen over tumultuous drums and fiercely tremolo-picked guitars. My God, this track is spectacular. It’s a densely-packed post-punk roller-coaster ride. The track constantly shifts gears, building up to manic climaxes and falling away to make room for the next exciting progression. I’m so glad this London rock band are now on my radar – they’ve got a new album coming out in January titled Drunk Tank Pink, which I’ll definitely be checking out!

Earlier this year, I featured Weston Smith’s psychedelic and eerie ‘Ellanor’. This new single ‘Shadow Reality’ is yet another psychedelic and eerie track from the Phoenix synthpop producer, except with even creepier artwork and even gloomier vocals. I particularly love the Mortal-Kombat-like snarled delivery of ‘EXISTING. FEELING SO COLD. FROZEN TO THE CORE. NO MORE QUESTIONS!’.

Accompanied by an absolutely monstrous boom bap beat, New York rappers Beeks and Miggs (AKA Bronx Slang) deliver some fiery bars that take aim at the injustices of America in 2020. Despite its old-skool sound, the lyrics and energy make it feel fresh and urgent.  Bronx Slang will dropping a new album in 2021.

If hyperpop goes mainstream and these are the types of bops we regularly get on the radio, then bring it on! UNLEASH THE HYPERPOP! Silver Sphere’s vocals are insanely catchy to the point that I don’t even mind the auto-tune or the high school romance lyrics. Dylan Brady of 100 Gecs meanwhile produces the track – his signature bright and gaudy electronics work so well in a pop setting (see Charli XCX’s ‘Claws’) when he’s not going out of his way to be obnoxious.

I’ve never been a fan of Yachty, Future or Carti, so my expectations going into this track were doomed from the start. As expected, the whole thing sounds like it was written, recorded and produced in an hour. Even the distorted bass is doing nothing for me.

‘I Believe In Santa’ – Meghan Trainor

The opening vocal harmonies and Inception-style BRAAAAM horns are oddly menacing. Why is a song about Santa so menacing?