Review of 'Trouble in Paradise' by La Roux 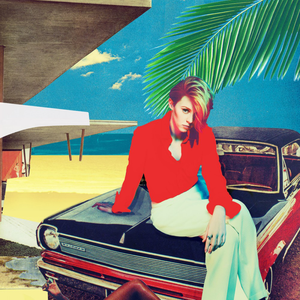 La Roux. La who? Remember 'Bulletproof'? Remember 'In For the Kill'? Remember that crazy hairstyle? Of course you do.


Apparently, La Roux used to be a duo consisting of singer, Elly Jackson, and producer, Ben Langmaid. Now, its just Elly Jackson. She fell off the Earth for five years but now she's back with a surprise second album entitled 'Trouble in Paradise'. 'La Roux' is French for 'the redhead' by the way.


So, what's changed musically this time around? Is she still writing the same catchy synthpop tunes? Well, yes and no. Trouble in Paradise is still catchy synthpop but this time its doused in 80s nostalgia. Think Duran Duran, Depeche Mode, Erasure and Eurythmics. The instrumentals consist of lush layered synthesizers and scratchy guitars that could have been recorded thirty years ago were it not for the squeaky clean production on top. Its unashamedly retro and, yes, it doesn't bring anything musically new to the table, but who cares - it sounds good! Listening to this album I feel like I've been transported to a tropical cocktail bar overlooking the sea. Most modern pop is so sterile it doesn't transport me anywhere and this record is quite refreshing as a result.


Vocally, Elly doesn't attempt many acrobatics or non-verbal noises on this record. She sticks to one singing tone and its a pretty singing tone but over the nine tracks it does start to feel a little samey. Admittedly, she does try some falsettos on the last track, but they're a little shaky (especially when the harmonies enter the mix) and it kind of makes me wish she hadn't bothered.

But anyway that's just a minor complaint and doesn't take away from the brilliant catchiness and fun songwriting that's on display. This is damn good pop record, devoid of gimmicks. Anyone looking for dose of feelgood should check it out.
★★★★☆