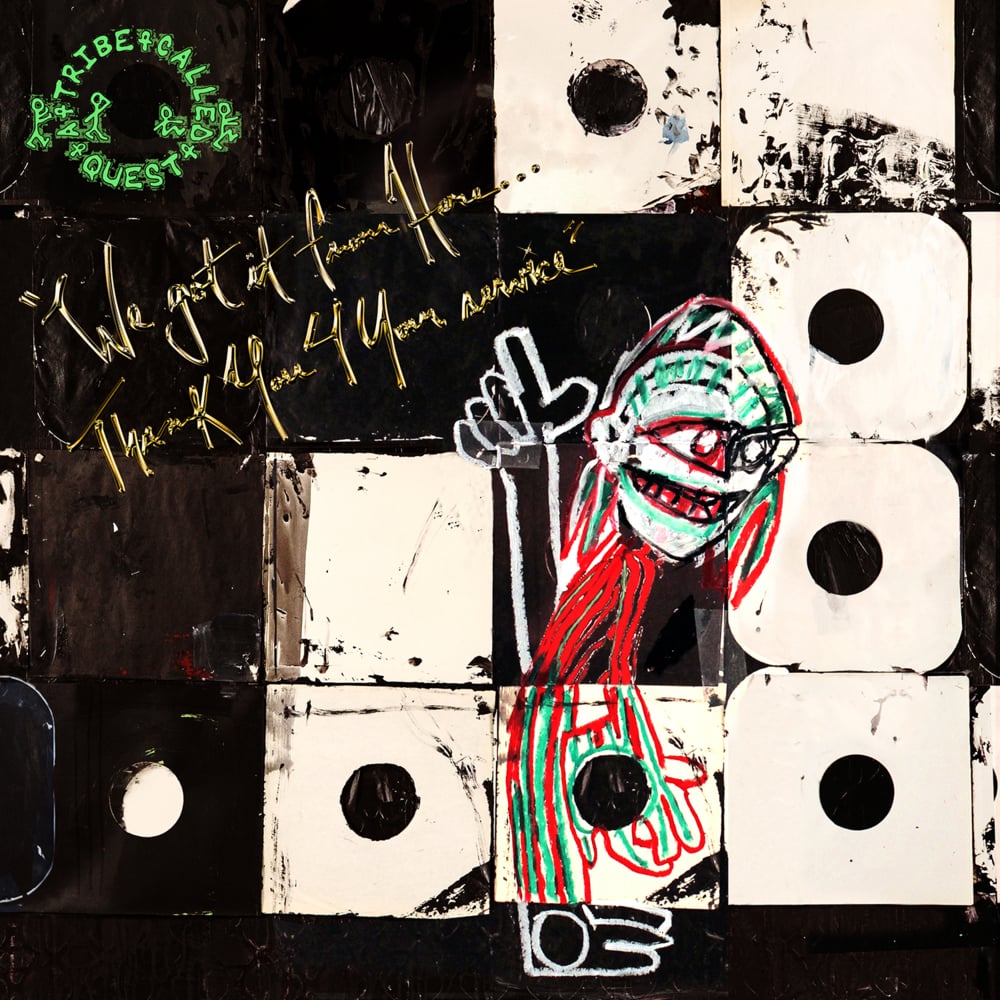 Willy Wonka samples, an Elton John feature and some guitar squealing courtesy of Jack White – this was not what I expected from a new Tribe Called Quest album.

Not that I was expecting a new Tribe Called Quest album at all in 2016. I thought the New York rap veterans had long given up making records. And the tragic death of prominent member Phife Dawg in March only bolstered these beliefs. But I clearly wasn’t paying attention, because now we have this glorious surprise instalment, an album that’s clearly had a lot of meticulous labour poured into it, an album that may well be the group’s magnum opus.

That’s a bold term to use – magnum opus (Latin for ‘dopest shit of their career’). Especially when you consider this is the band that gifted us with The Low End Theory.

The Wu Tang Clan’s last album, A Better Tomorrow, already provided a window into what aging hip hop sounds like. Hearing the ex-gangsta rappers offer soppy sentiments about the importance of family alongside corny Disney-style hooks had me hoping that A Tribe Called Quest wouldn’t follow in the same footsteps (not that Tribe have ever been gangsta rappers – they’ve always been a little more smooth and sophisticated, so a dad-rap album might have been a less jarring transition). As it turns out, the Queens rappers don’t seem to have settled down. In fact, if anything, they’ve returned sounding more sprightly and energetic than ever before, ready to shake things up. This isn’t just another routine album by some washed up oldies. It’s the opposite – a fresh-faced game-changer that’s caused many a music blogger to make last minute rejigs to their end year list.

Marvellously they’ve done it all without tampering with the foundations of their sound. The beats are still largely dusty boom-bap drums and jazz piano twinkles, with members still trading bars in quick succession (including some pre-recorded bars from Phife). Honorary members even show their face, including Busta Rhymes with his gruff and wild Pentecostal preacher delivery. However, instead of sounding like a rerun, they’ve cunningly modernised their sound.

The sampling and instrumentation has been veneered with digital effects, with segments bleeding creatively into one another (an example being the groovy walking bass of ‘The Space Program’ that segues almost prematurely into the chorus). At times it gets borderline avant-garde, ‘Lost Somebody’ dramatically cutting out and making me think my download was faulty, before returning for guitar squeals from of all people Jack White. The band embrace youthful guests such as Anderson Paak and Kendrick Lamar, with other older emcees such as Kanye and Andre 3000 bridging the gap between old and new. And the song topics are all very current – political anthem ‘We the People’ satirising the right-wing Trump mindset that has swept America, ‘Killing Season’ meanwhile tackling police brutality.

It would be easy for them to use their age and experience to elevate themselves above the rap game of today, to belittle this generation’s attempts at hip hop. But unlike so many of their grumpy middle-aged contemporaries, they instead choose to offer current hip hop artists respect, shouting out to ‘Joey, Earl, Kendrick and Cole/ Gatekeepers of Flow’ on ‘Dis Generation’. It’s this ability to always be respectful that makes Q-Tip and crew so cool. They can be humorous, political, consoling and even sensual (as on ‘Enough!!!’) and nail each mood with conviction, without ever being tasteless. Even the closing track’s confusing title ‘The Donald’ (it doesn’t refer to Trump but to Phife’s nickname ‘The Don’), doesn’t detract from the brilliant tribute it is to the group’s late affiliate.


One of 2016’s many swan-song-albums, there’s a sense of tragedy to the fact that this is the group’s final album (although I’m sure we’ll hear more from Q-Tip). It feels like the boys hit an artistic peak and may have been able to keep running with it and produce other masterpieces were Phife still alive. At least they’ve ended on a high – so many rappers have kept trudging on after the curtain long fell, but A Tribe Called Quest have proudly bowed out to a sea of applause.
★★★★★