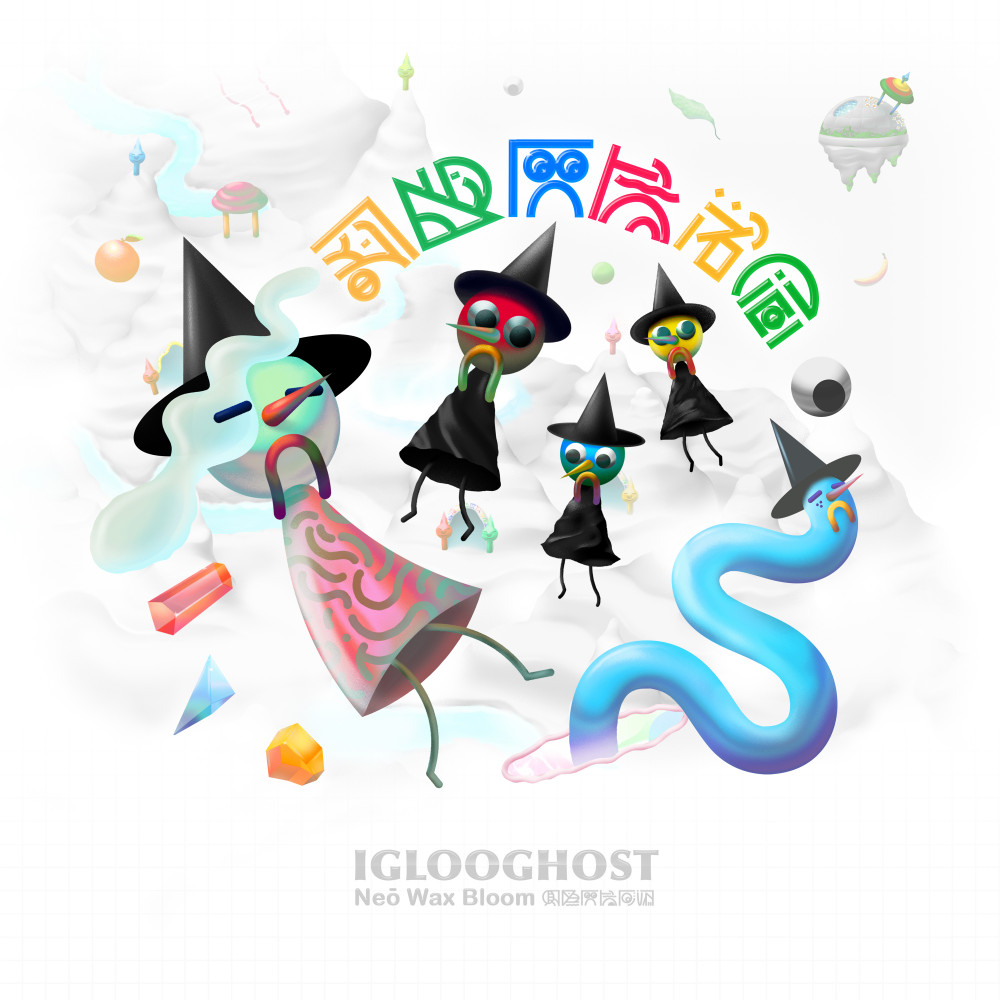 If you’re looking for ambient drone music, Iglooghost is not the musician for you. The Irish producer throws more sounds into ten seconds of a track than most beatsmiths manage to put into a full record. It’s EDM with ADHD that refuses to sit still and focus, throwing the listener around like a rag doll from one idea to the next.

The digital mazes making up his debut Neo Wax Bloom borrow elements of breakcore, garage, trap and footwork – pretty much any EDM genre he can get his hands on and shoehorn into the mix. These instrumentals are sometimes topped with sped up grime verses to add to the already dizzying pace. It’s like a movie chase scene played on fast-forward.

Iglooghost could easily be accused of going too far when it comes to his complex arrangements. Without repeated beats or even repeated melodies to give a sense of direction, his tracks can sometimes leave you feeling lost. Take ‘Super Ink Burst’ as an example, which is a barrage of saxophone noodling, bowel-stirring bass blasts and distorted vocal samples, with nothing but recurring textures to keep it coherent.

That said, these tracks aren’t just cluttered noise. Moments such as the synth twinkles of ‘Bug Thief’ sound absolutely gorgeous even if there isn’t much repetition to cling onto. ‘Infinite Mint’ meanwhile features breathy vocals from a guest vocalist named Cuushe adding a human element (even if the lyrics are largely incomprehensible due to being in another language and digitally altered).

A large part of what makes Neo Wax Bloom so rewarding is its use of textures. As with the likes of Sam Gellaitry and SOPHIE, this producer knows how to make each sound sparkle, clang or boom with the most resonance. His music is much more intricate and fast-paced than those aforementioned two artists, which helps to give him his own USP. I feel sometimes he could add more direction to these tracks, but otherwise they are still wildly exciting and unlike anything else out there.
★★★★☆