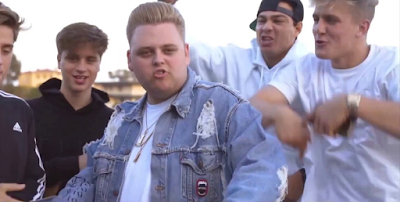 It’s time for that annual post when I round up the year’s most abominable tracks. Which songs will feature this year? Despacito? Shape of You? Havana? Let’s be honest, those tracks have been overplayed – but they weren’t bad. Like, not really bad. Here are a few songs from 2017 that really take the crown.

My review of the latest Chainsmokers record wasn’t very positive. This single epitomises why. With its moody teenage lyrics, glossy pianos and general lack of energy, the result is undanceable dance music with about as much depth as a paddling pool.

I’ve got to give it to this Ohio rapper – he’s got his own unique style. But he can barely keep his asthma attack flow in time with the beat, nor come up with any smart bars. It sounds like the kind of freestyle I’d pull off after climbing three flights of stairs.

To be honest, any Lil Yachty single from this year could fit snugly on this list, but the line ‘she blow that dick like a cello’ makes this particular track unforgivable.

It’s like the worst of emo just collided with the worst of EDM. I also can’t stand faux-deep sentiments like ‘we’re all just footprints in the sand’. Put down your bong mate, you’re no philosopher.

The year of the butts was 2014. That year gave us a plentiful supply of butt anthems. Iggy’s latest addition shows she’s already lost her relevancy. Also, that ‘bounce’ hook makes me want to garrotte myself with my headphones.

I’m convinced the gnarled rocker ran out of money in the recording studio and so told the producers ‘don’t worry about the vocals guys, I’ll record them on my phone’. The result sounds like bad karaoke.

I get that she’s a meme rapper, but this is too much for my innocent ears.

Pretty much identical in tone to the last track, only Cupcakke managed to step it up an extra notch. It makes me want to wear a chastity belt for the rest of my life. I didn’t know it was possible to be put off sex.

Now for the grand finale…

That isn’t to say anyone can become a ‘good’ rapper. Take vlogger Jake Paul and his fearsome posse of fellow Youtubers, whose hit ‘It’s Everyday Bro’ has amassed over 150 million views. The Vine star gets off to an ok start referring self-deprecatingly too his ‘Disney channel flow’, but before long his bars drift off-beat and next minute he’s uttering lines like ‘and I just dropped some new merch/ and its selling like a God church’.

A ‘God church’? What other churches are there? But wait, it gets worse. Because then Nick Crompton takes to the mic and utters the infamous line that has made this song the internet sensation that it is: ‘England is my city’.

It wouldn’t be so bad were it just a one-off meme. But now every Youtuber with a considerable fanbase is writing sincere rap songs – all because of this monstrosity. People shouldn’t be concerned about Soundcloud rap. Youtube rap is the movement that could turn hip hop on its head.
Posted by Alasdair Kennedy at 04:01:00
Email ThisBlogThis!Share to TwitterShare to FacebookShare to Pinterest
Newer Post Older Post Home
Follow @AlasdairKenned1