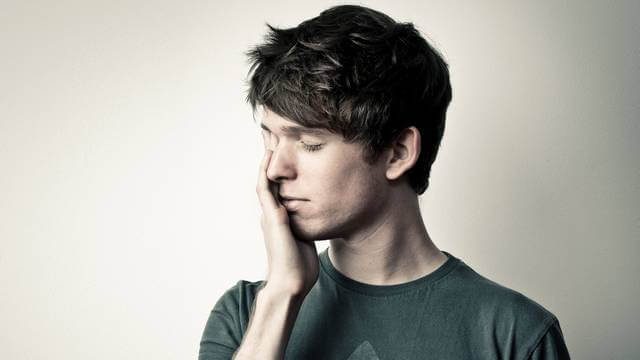 ‘If The Car Beside You Moves Ahead’ – James Blake

James Blake’s atmospheric electropop has always been fairly left-field, but the choppy and distorted vocal editing that he brings to this song is truly ground-breaking. It stutters along in a panicky manner (the lyrics the lyrics repeat repeat like this like this), perfectly fitting the song’s theme of life speeding ahead. Will James Blake be releasing an album soon of similar-flavoured stutter-pop tunes? I hope so (although I can imagine a whole album of this might give me an anxiety attack).

Creepily-named alt-pop duo Let’s Eat Grandma take things in a more dancey direction on their latest single ‘Hot Pink’, teaming up with banger-crafting producer SOPHIE. In fact, the combo of Brit-inflected vocals and EDM instrumentation remind me a lot of AlunaGeorge.

This Brooklyn-via-Germany musician almost had to give up his career as a vocalist after suffering vocal chord pain and discomfort which left him unable to sing. Fortunately, after over a year’s break from music, Von Sell has managed to make a recovery and bring his dream career back to life. His new single ‘Hell No’ is quite the comeback – it’s a melancholy electropop single with a soaring groovy chorus and unusual progression that keeps you hooked. It gets a big 'hell yeah' from me.

Joe Shackleton is another artist who has had to battle through injuries to keep his music career alive. Once a drummer for several indie bands, the Stockholm musician had to give up after suffering several joint problems. Whilst his days playing percussion in live shows may now be over, this hasn’t stopped him recording new material under a new alias Filthy Kitsch. ‘Comet Tails’ is a stomping triumphant song made up of driving guitars, bright synths and cheery ooh-la-las. It’s an excitingly fresh indietronica sound that proves a debilitating injury needn’t be the end, but instead the beginning of something new.

This beat is absolutely bonkers. At first you wonder where its heading with its looped juddering vocal sample. Then JPEGMAFIA starts angrily spitting over it, some bass and a snare come in, after which it turns into a mean head-bobbing banger. The experimental hip hop artist has a new album out titled Veteran full of similarly crazy sampling for those hungry for more.

Migos are masters at creating middle-of-the-road trap rap. I can't bring myself to listen to their new two hour album. I'd rather wipe my butt with sandpaper.
Posted by Alasdair Kennedy at 14:24:00
Email ThisBlogThis!Share to TwitterShare to FacebookShare to Pinterest
Newer Post Older Post Home
Follow @AlasdairKenned1