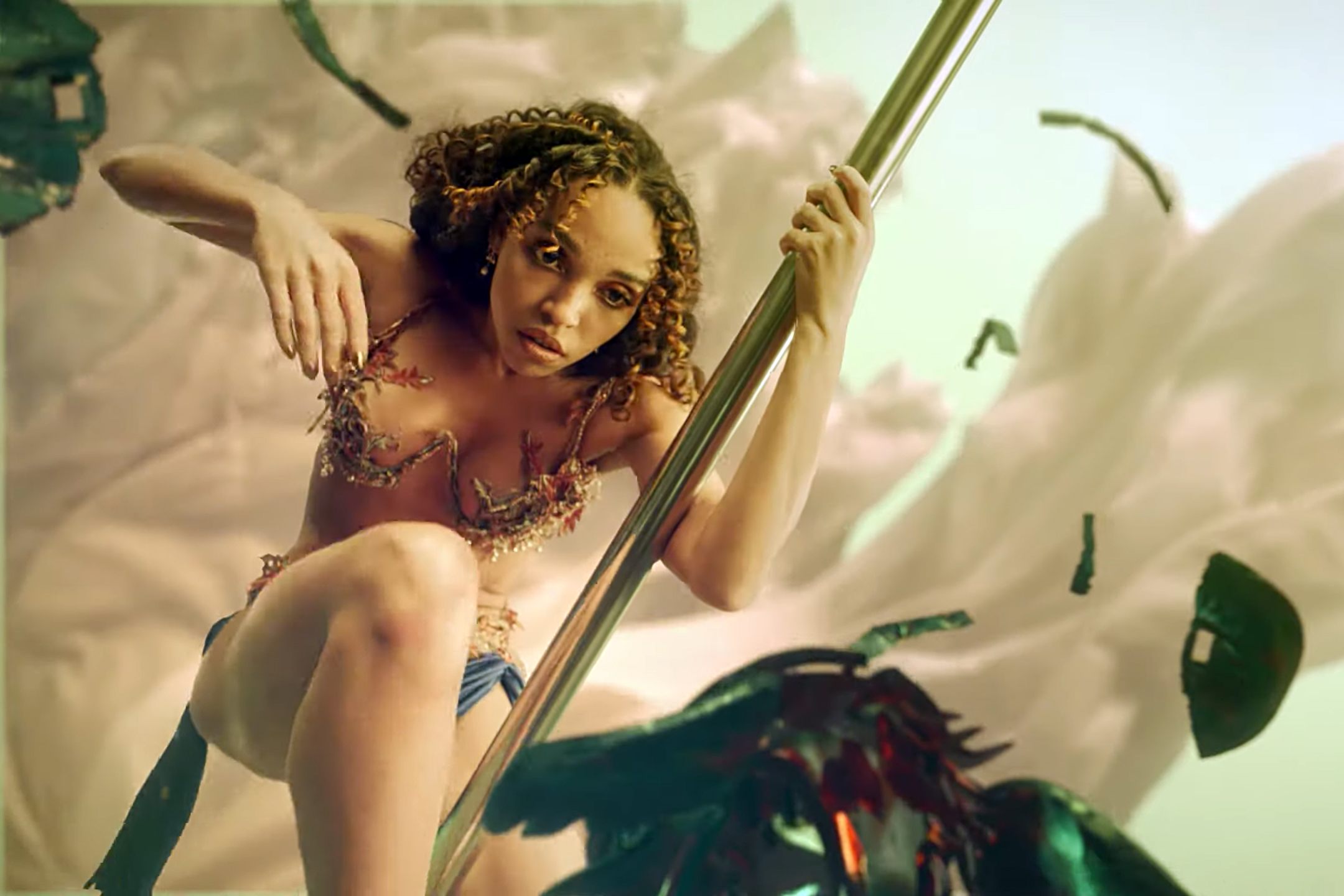 
There’s a lot going on in this three-and-a-half minute frenetic, genre-bending rollercoaster of a track from Atlanta band Improvement Movement. The drummer sounds like he has more arms than a hindu deity and I love the cartoonish interplay between the vocals and psychedelic keys. The band offer their own description: ‘This song is an instruction manual on how to not get mugged, written and recorded the night I got mugged. It's a 3AM walk down Mitchell Street, scored by Oscar Peterson, dunked in a bucket of Fuzzy Fun Machines and chilled to 11 degrees Fahrenheit.  We hope this helps you not get mugged’.

Experimental pop singer FKA Twigs is back with a tortured ballad - and it's absolutely gorgeous. With each line her voice audibly cracks and yet it always sounds masterfully controlled. It’s a composed fragility that few other artists possess. As for the music video, of course it couldn’t just be a video of her pole dancing – things get seriously weird around the two-and-a-half minute mark.

This is quite the change of pace from twerk anthem ‘Tempo’. In fact, Lizzo sounds more like Amy Winehouse here on this epic urban breakup ballad. I assumed she was just a rapper and had no idea she could sing!


This electropop song from Long Beach producer Just In The City is truly exciting. It refuses to sit still, constantly changing pace and playing with all kinds of synth textures. The vocals from Richlee compliment the track well and I love all the effects used on them. I'll follow Just In The City’s SoundCloud page now...

I usually take or leave Stormzy but this new track is fire. The beat is intense, the hook’s catchy and I appreciate the sentiment ‘Fuck Boris’. It’s also probably the biggest budget UK hip hop video I’ve seen to date. Idris Elba even makes a cameo (although that’s arguably nothing compared to the cameos in the next track…).

Featuring guest vocals from literally every pop star in the charts right now and centred around the topic of saving the planet, this new charity single ‘Earth’ from Lil Dicky is certainly ambitious. But that's where the compliments end. This song is a confusing, ugly mess. There’s no recovering from the fact that I just witnessed Justin Bieber as an animated baboon gyrating his butt and singing ‘my anus is huge’, never mind the puke-worthy auto-tuned hook or the fact that Lil Dicky felt the need to spout ‘we forgive you Germany’. This is not the song we need to get people saving our planet. In fact, after experiencing this song, you may just wish for the end of the world.