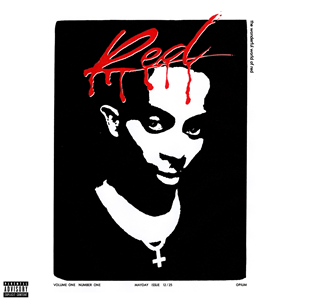 Of all the modern hip hop artists that are labelled as ‘mumble rappers’, Playboi Carti is probably the most deserving. He’s taken the garbled warbling of Young Thug and pushed it to new levels of unintelligibility. Some of the comments on his YouTube videos are absolutely hilarious: 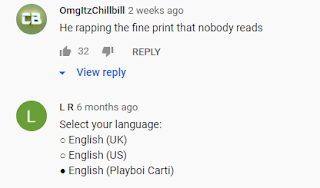 Carti’s debut album Die Lit was very popular, but I personally wasn’t a fan. While I admit that the beats went HARD, the vocals did nothing for me. Not only were the lyrics indecipherable, but there was no energy poured into any of it (although the psychedelic layering did give it ‘a vibe’).

In the beginning, I found it all to be quite comical. In fact, I couldn’t help but chuckle when Carti began mangling his voice to Taz-the-Tasmanian-Devil extremes on ‘JumpOutTheHouse’. On the fifth track ‘M3tamorphosis’, the ironically discernible line ‘they can’t understand me, I’m talking hieroglyphics’ made me wonder if it was all supposed to be a joke. Perhaps Playboi Carti’s vocals weren’t terrible after all? Perhaps he was a misunderstood genius? At this point, guest Kid Cudi showed up and shook me back to reality – after five tracks of auto-tuned toddler noises, I’d forgotten the joy of hearing a vocalist that’s actually in key and on beat. And that’s coming from someone who doesn’t usually care for Cudi.

Once the vocals stopped being funny and started being annoying, I found the remainder of the 24 tracks to be pretty horrible. Carti’s vocals may be creatively goofy, but they’re not for me. It was like listening to Jar Jar Binks having a stroke for an hour. And then there’s the incessant repetition, which quite frankly puts even Lil Uzi Vert to shame – instead of writing pleasantly catchy hooks, he just hammers the same bar into the listener’s head a hundred times: 'NEVER TOO MUCH, NEVER TOO MUCH, NEVER TOO MUCH...'

Most shocking of all was the beats. After the amazing production on Die Lit, I at least hoped there would be some good beats to distract from the vocals. However, most of these beats are surprisingly flat. Even lead single ‘Meh’ – which has a good beat – has been left off the album and replaced with a mundane imposter version.

I don’t expect Carti to quit the goofy vocals and start rapping poetry. However, I do think he can give more than this. It would be nice for him to stop endlessly repeating lines and craft actual songs.  Decent production wouldn’t do a miss either.