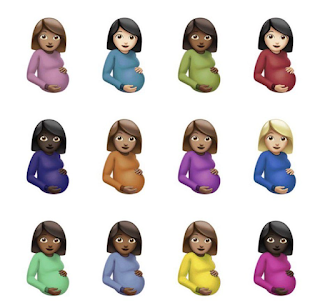 Certified Lover Boy features some of the Canadian singer-rapper’s best songs to date – but also some of his worst.

I didn’t have high hopes going into this album. Drake’s quantity-over-quality approach to making music has resulted in some pretty disappointing projects recently, and I had a feeling that this 20+ track record was going to be a repeat of Scorpion. The mushy album title and emoji-plastered album artwork also didn’t fill me with much confidence (why are there pregnant women emojis all over the album cover? Are they all the women Drake has been getting knocked up? IS HE HIDING MORE KIDS???).

I was ready to be done with Drake. I was ready to turn into a certified hater boy. However, CLB is not the slog that Scorpion was. In fact, I’d argue that some of Drake’s best tracks to date can be found on this album. Unfortunately, it also contains some of Drake’s worst tracks to date. There are higher highs and lower lows – which certainly makes it a much more memorable album.

Let’s start by celebrating the best tracks on this album. Opener ‘Champagne Poetry’ is a masterpiece. It features a constantly morphing sample-heavy beat over which Drake weighs up the success of his career with the emptiness of his personal life: ‘career is going great, but now the rest of me is fading slowly’. It’s creatively composed and passionately delivered. WHY ARE THERE NOT MORE DRAKE SONGS LIKE THIS? None of the other tracks on CLB reach these heights, but some come close. Drake’s r&b songs are often too soppy for me, but ‘TSU’ and ‘Race My Mind’ have some absolutely hypnotic production and singing. ‘You Only Live Twice’ meanwhile is an energetic boom bap track with a killer comical verse from Lil Wayne.  Then there’s closer ‘The Remorse’, in which Drake shows off his ability to rap at length, getting personal while also throwing in witty lines like: ‘they tried to give me a slice of the pie and I took the knife home’.

So what about the worst tracks? ‘Girls Want Girls’, in which Drake sings ‘say that you a lesbian, girl, me too’, is definitely an obvious culprit (I feel like I could have excused that stupid line if it wasn’t part of the chorus). Despite its moody beat, ‘In The Bible’ also stands out as unlistenable due to Drake’s distractingly off-beat flow. And then there’s ‘Way 2 Sexy’, which is a horrendous trap rap interpolation of Right Said Fred’s ‘I’m Too Sexy’ in which Future delivers poetic lines like ‘got bitches sexin on me’ and Young Thug utters ‘molest me’.

There are still some mediocre tracks here, but there are much less than there were on Scorpion. The fact that there are more peaks and troughs definitely gives this album more momentum – there are more highlights to look forward to. The choice to alternate between rapped and sung tracks instead of separating them onto different halves of the album (like Scorpion) also results in much better pacing. Across the board, the beats are also more interesting and Drake approaches each song with a lot more fire in his belly. All in all, it’s definitely a step up from its predecessor, but far from a perfect album. The same old problem remains: there are too many tracks here. Were you to edit out all the awful tracks and some of the mediocre ones, you’d be left with a fantastic album (and it would still have a decent running time).