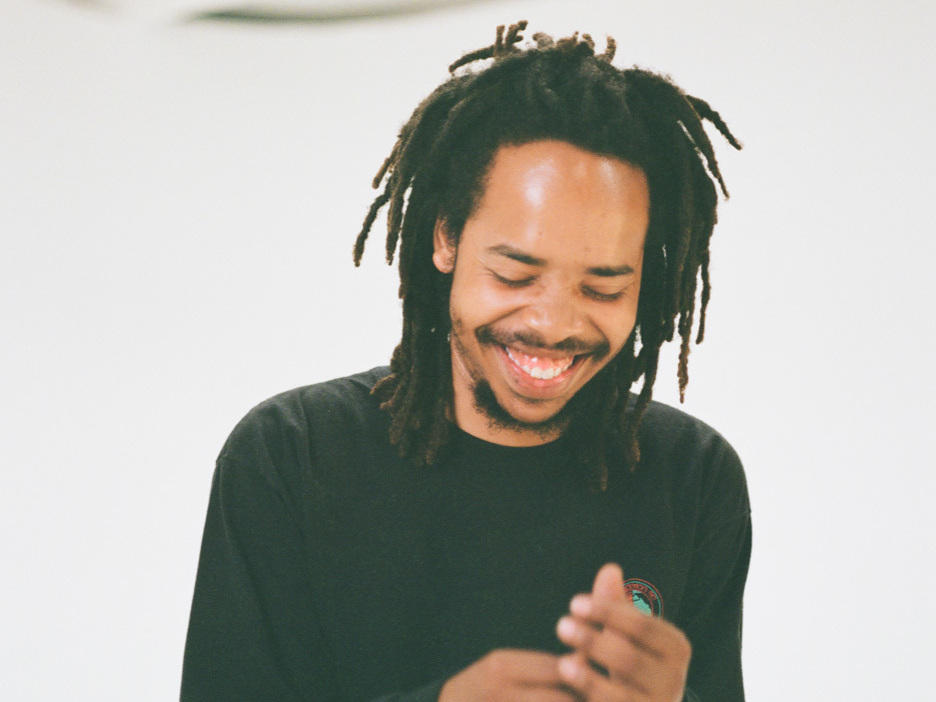 As much as I did like the avant-garde approach Earl took on Some Rap Songs, it’s nice to hear him rapping to an actual beat again. His delivery is also a lot clearer, so you can actually hear every single one of his witty bars. That ‘5 Os on me like the Olympics’ line is the type of clever wordplay that first got me into Earl – I’d be happy with a whole album of this.

Boris are back with some typically crazy material (not to be confused with Boris Johnson, although he has been coming out with some crazy material too recently). ‘Drowning by Numbers’ is the name of the Japanese band’s latest experimental single, and it’s utterly ominous. A wall of howling guitar hangs in the background throughout the entire song, while the vocals, bass and drums crawl along hesitantly. It does almost make you feel as if you’re drowning. The interpretative dancing in the video adds to the creepy atmosphere.

Disorientations are a post-punk trio from Antwerp. This latest intense track ‘Allied’ is propelled along by an addictive rattling bassline that doesn’t let up throughout the entire song. The wailing guitars and anxious lyrics take clear inspiration from 80s bands like The Cure and Killing Joke, but with an extra layer of anguish added to the delivery. Disorientations are dropping their debut album Memory Lanes in February next year.

‘La Keiro A Morir’ is the latest song by Madrid band Shego. It begins as a soothing synthpop track and then explodes into a satisfyingly mean grungy chorus. The creative vocal harmonies had me hooked despite not being able to understand a single word (Google Translate tells me that the title translates as ‘I want her to die’, which is pretty badass, although that translation could be completely wrong, so I don’t want to read too much into it).

This track is from 18 year old Manchester indie artist Maxwell Varey. Apparently, this guy has already been gigging for 4 years! You can tell he’s had time to fully craft and mature his sound. The chords are very unique and I love the creatively woozy guitar tone. To top it off, the chorus is very catchy. He’s definitely an artist worth watching.

Tel-Aviv based singer-songwriter Roni Bar Hadas has a weightless quality to her voice that’s really enchanting. The cascading notes during the chorus are beautiful and I love the accompanying shimmering synths. The whole track is about liberating oneself from writer’s block and self-criticism (which is definitely something I can relate to).

‘Listless’ is the work of Manchester rock band Chew Magna. It’s an assault of wild riffs and angsty vocals accompanied by an absolutely bonkers video (I love the dancing and bandages on the eyes – it’s like Badger Badger Badger meets Bird Box). Chew Magna will dropping their debut album next year in Spring.

Kid Rock is back and he’s decided to deliver a sweary tirade against the ‘snowflake’ generation while riding a giant middle finger into space. We truly live in a post-satire world.