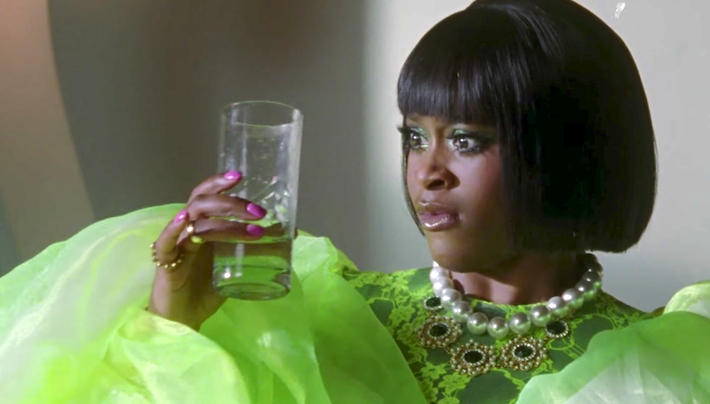 This is probably going to be the last weekly (or as has been the case recently 'fornightly') track roundup of the year. Feel free to still submit music, but I probably won't get round to featuring it until January. There are a couple of Christmas songs featured this week, albeit not the type of Christmas songs you're likely to play around your family at the dinner table. Artists included this week include Boris, Shame, Tierra Whack, death's dynamic shroud.wmv and IMBER.

Japanese experimental metal band Boris were the last artist I expected to release a Christmas song – let along a cover of Wham’s ‘Last Christmas’. Their terrifying rendition with its walls of ominous guitars and relentless thudding kick drum makes the line ‘I gave you my heart’ sound literal. Not even the sleigh bells and twinkling synths can brighten it up. It’s brilliantly creepy and definitely the kind of festive track I can get behind.

Kooky UK post-punk band Shame have also released their own fantastically unjolly Christmas song. ‘If I could rip of all my skin/ and parcel it in a tin’ declares Steen romantically at the beginning, closing with ‘fuck it, a Christmas story, so take me gently’. The guitar melodies are noticeably less fidgety in this song than in recent Shame singles, however the song is still relatively unpredictable, shifting abruptly from one section to the next. The ending with it’s vocal ooohs and twinkles is very pretty.

That’s enough Christmas songs for now. This new single is the work of rapper-singer Tierra Whack. She’s made many suitably wacky singles in the past, and this track definitely continues in the same vein. Bonkers bars like ‘life is short, I compare it to a midget’ and ‘tits no bra, you should go hang out’ are delivered at dizzying speed over a hyperactive beat made of glossy synths and racing drums. It's like Outkast meets Missy Elliot. The track comes off of Tierra Whack’s new EP Pop? (released only a week after her previous EP Rap?).

This experimental 7 minute track is the work of Philly vaporwave trio death’s dynamic shroud.wmv. Pitch-shifted vocal samples (apparently taken from a Demi Lovato song) are weaved into a morphing instrumental made of symphonic 80s synths and stomping percussion. The result sounds like some warped movie soundtrack. It’s utterly weird and utterly hypnotic. The track comes off the trio’s latest album Faith in Persona.

IMBER is the solo project of Bristol-based musician Ben Imber. His latest entrancing single ‘Trance’ is a funky pop track with some cool left-field production. The guitars are soaked in gloopy effects and the percussion is very off-kilter (I love that scuffling sound during the chorus, even if I can’t work out what instrument it is).

Oh dear lord, what is this? It’s grotesque. Pity I already made my Worst Songs of 2021 list.