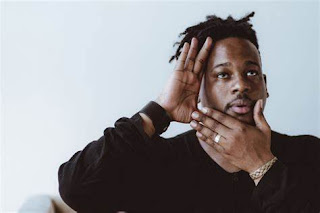 This week I go on a rant about DJ Khaled and confess my love for WILLOW. Artists featured this week include Open Mike Eagle, Duckwrth, Wooze, Carter & The Capitals, WILLOW and DJ Khaled.

‘I’ll Fight You’ is a pretty aggressive title for a song. Therefore, you’d expect a pretty aggressive song, right? Wrong. Open Mike Eagle is sounding super smooth here. His voice is like silk. And the beat from Diamond D is gorgeous and equally soothing. It comes off an upcoming mixtape titled Component System With The Auto Reverse, which the Chicago rapper will be dropping in October.

How do you make a hip hop song both sexy and classy? Rapper/singer Duckwrth shows how it’s done with some soulful production, a raunchy chorus sung in French (clearly ‘Lady Marmalade’ inspired) and seductive whispered guest verse from Syd. I seriously need to delve deeper into both Duckwrth and Syd’s discographies, because every time I check out a song by either one of them, it slaps.

Wacky rock band Wooze made it into my favourite tracks of 2021 with their kooky single ‘Witch Slap IOU’. This new single ‘Cowardly Custard’ comes off their upcoming EP The Magnificent Eleven and sports a similar mix of groovy guitar riffs and catchy crooned vocals. It’s like Depeche Mode meets Rage Against The Machine. The slowed-down riff at the end goes hard.

I honestly wasn’t sure what to expect with a title like ‘lovely lovely lovely’, but I’m happy to report this is a bop. Inspired by Luther Vandross and Prince, this track from Carter & The Capitals is deliciously funky stuff. Over some punchy drums, the band lays down a sleek groovy bassline accompanied by sporadic funky guitars and bright bursts of piano. The elongated ‘ooooh-eeh’ chorus is meanwhile very addictive.

WILLOW has done a much better job of reinventing herself as a rock star than the likes of Demi Lovato and Machine Gun Kelly. This is a genuinely exciting rock track – WILLOW’s voice sounds so good and I’m loving the indie dance-punk vibe that she’s going for here with the instrumentation. I’m finally willing to look past the nepotism and accept that’s she’s a talented artist who deserves her fame.

DJ Khaled is truly useless at this point. Never mind the fact that he doesn’t make any of his own music – despite his connections, he can’t even get other artists to make good music for him anymore. What made him choose this beat? It’s bland as fuck. He could get any producer to make a beat for him and this is what he settled on. Not that it matters who DJ Khaled teams up with. Even when working with an artist like Drake, he’s unable to inspire any good material. Drake and Lil Baby both sound like they put no effort in here. The weird interpolation of ‘ah ah ah staying alive’ feels particularly lazy. Stop stealing hooks from well-known songs and make your own.