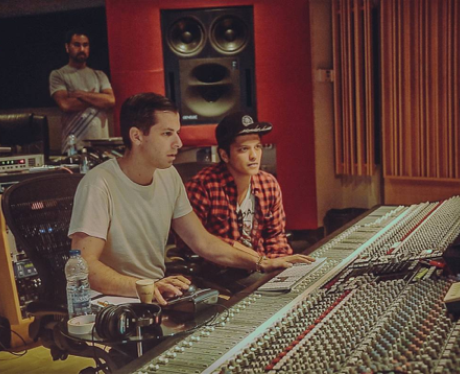 It's time again to round up the weeks hits and misses. Don't forget to check out my recent album reviews of the new releases by Les Sins, Azealia Banks and Mykki Blanco. Album reviews of Foo Fighters, Ariel Pink, Pink Floyd and Big Krit still to come...


Get your bellbottoms on and slip on those platform shoes. Mark Ronson and Bruno Mars are here to funk you up! This is about as retro as it gets, but I'm not complaining.

20-year-old up-and-coming pop singer, Laurel, sings over a moody, subtle electronica instrumental. I can’t get enough of the voice. It’s like Lorde-meets-Lana-Del-Ray but backed up with a ton of emotion.

A couple weeks ago, the Floridian artist shocked many of us with an NPR Tiny Desk Concert in which he proved that he could sing without auto-tune. Now, he’s also out to prove that there’s more to his lyrics than partying and banging chicks, dropping quite possibly the realest rap song of the year. T-Pain, I have a new found respect for you.


‘The Pizza Man don’t come here no more’. Lupe speaks out for all the pizza-deprived city-dwellers who can’t get a delivery because they happen to live in a neighbourhood deemed a ‘ghetto’. Not only is it refreshing to see Lupe bringing back the social criticism of his early days, the track’s also got a super-catchy chorus. His flow in the third verse is also on fire.

How much did Future get paid to wail ‘drunk and fuck’ repeatedly? Probably more than I make in a month. Oh well, at least the video’s easy on the eyes.
Posted by Alasdair Kennedy at 17:20:00
Email ThisBlogThis!Share to TwitterShare to FacebookShare to Pinterest
Newer Post Older Post Home
Follow @AlasdairKenned1