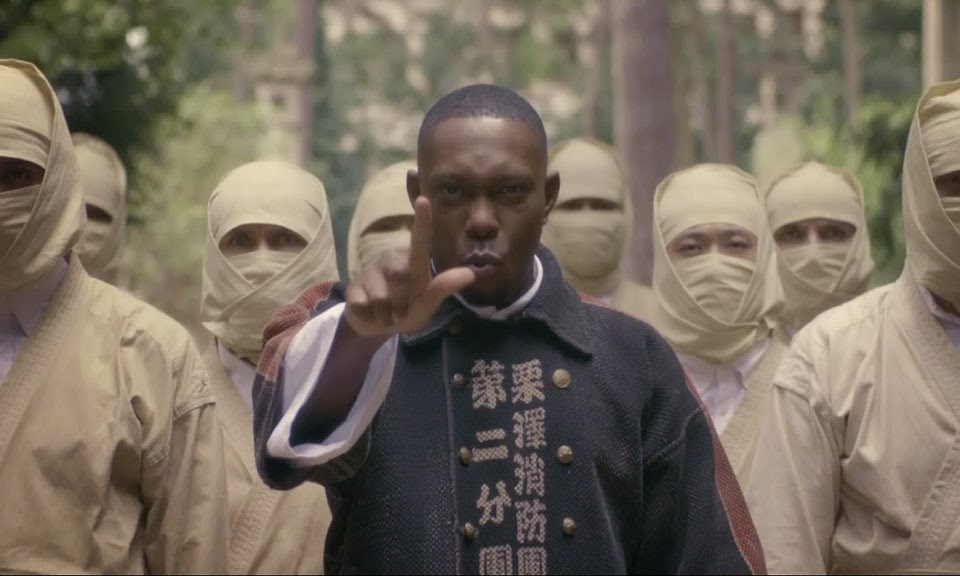 It's that time of the week again where I become Simon Cowell and make fun of musicians whilst vaguely complimenting some of them. This week I hate on a charity single and make tasteless jokes about being a child-killer.


This glossy, groovy synthpop number is like taking a Delorean-ride back in time to the eighties. All I can picture is perms and pink legwarmers and power-dressing yuppies. This song is more eighties than the Rocky training montage. Words cannot describe how eighties this song is.

After that awful Robbie Williams collaboration, I was certain we were never going to see the old, screwfaced Dizzee ever again. However, the Grime icon has proved me wrong by serving up this gritty track featuring some fast and witty bars and a sinister trap beat. Accompanying it is a lavish video in which Dizzee plays a kung fu master with Raiden-like electric powers. Based on a true story.

Are these guys too cool to rock out or something? STOP STARING INTO MY SOUL! The music video is pretty pretentious/unsettling but casting that aside, this track on its own is pretty damn solid. The riffage is raw and satisfying and the rock chick vocals are killer (no screaming though. The band name is a lie)

'All I Really Need' - Brooks Brown


Brooks is a 16-year-old electronic producer from Kansas. I’m getting an early-Rustie vibe from this track. It’s so bubblegum-sweet that my face started creaking and I did something I haven’t done in years – I smiled. And then I burnt down an orphanage to restore order to my life.

This UK punk track has a mean-ass riff. I’m not sure if it’s about global warming or lions or survival instinct - the lyrics lost me a little but I’m liking the pumped-up attitude with which the vocalist is singing them.

You want a good ebola charity single? Try this one. It’s a lot more original, a lot more infectious (pardon the pun) and a lot more relevant lyrically than this tripe. Honestly, what does Christmas and ‘Feed the world’ have to do with helping fight a killer disease? None of us should need the reward of a song as an incentive to donate to charity anyway. If you want to give money to the ebola relief campaign, go the direct route and hit this link. Fuck ebola!
Posted by Alasdair Kennedy at 17:36:00
Email ThisBlogThis!Share to TwitterShare to FacebookShare to Pinterest
Newer Post Older Post Home
Follow @AlasdairKenned1