Review of 'Lucky Leaves' by Krill 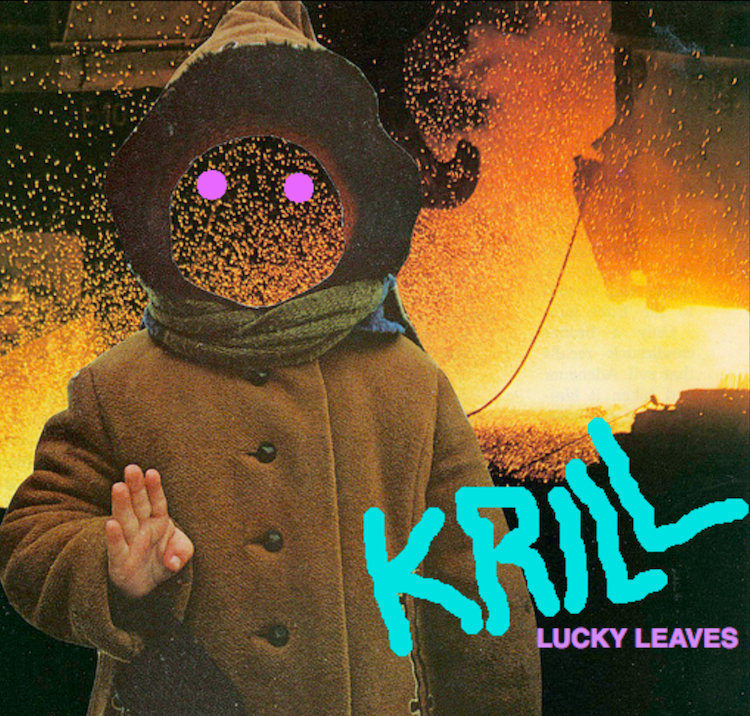 All you bands who think it’s cool to release your album on cassette tape in 2015 aren’t thinking outside the box enough. Boston indie rockers, Krill, have made their album available on USB. That’s not all – the USB stick comes embedded in a ball of mozzarella cheese.

As this stunt clearly shows, Krill are an eccentric bunch. Similar in style to the Pixies, their music comprises of nasal vocals, prominent bass and twangy chorus-effect-slathered guitars. Where they differ from The Pixies is the level of unhinged craziness that they seem prepared to put in.

Lucky Leaves kicks off with the band dedicating a theme song to themselves. From here on in, it’s a wild spaghetti of emotions. Lead singer Jonah Furman alternates between a nonchalant I-don’t-give-a-fuck attitude and manic depressive self-loathing. At times the two come together, an example being when he disconcertedly sings ‘All I want to do is wallow in my own filth’. A lot of the time his voice isn’t pleasant, delivered with the whininess of cat locked out in a hailstorm. There’s even a point at the end of ‘Infinite Power’ where he devolves into chilling screeching, so shrill that the hairs on the back of my neck started prickling up.

Clearly, it’s this volatility within which Lucky Leaves finds its thrills. The instrumentals themselves seem to follow this philosophy too. The melodies are often bouncy but sour, teetering on the edge of dissonance. One of the best examples of this is the closing bonus track, ‘Peanut Butter’, which I plugged a month ago on this blog. It’s chords and riffs seemingly hit all the wrong notes, but somehow the result remains catchy. I don't know quite how they do it. The accompanying music video, which I've included below, is just as perplexing.

Krill’s mentally unstable attitude makes this a very engaging record and also gives them a humorous and unique personality. I can still see that there’s room to grow but this doesn’t stop Lucky Leaves being a great album worthy of recommendation. Those who don’t want to go down the mozzarella USB route can still purchase this album on CD, Vinyl and as a digital download from iTunes.
★★★★☆