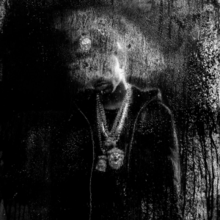 ‘Baby, I want you to take me serious’ is the hook on the fifth track of this album, which basically sums up Big Sean’s intentions here.

He’s done spitting about how many dollars he has and the size of his dick. The Detroit rapper has now decided that he wants to be introspective.

Ass anthems behind him, Dark Sky Paradise sees Big Sean tackling more cerebral subject matter. He contemplates his own successes and failures on the track ‘Win Some, Lose Some’ and he attempts to get deep on the track ‘deep’. Some of it feels genuinely sincere such as the former track ‘Win Some, Lose Some’. Tracks like ‘Deep’ meanwhile miss the mark and end up, well, a little corny.

The harsh reality is that Big Sean is no philosopher or wordsmith. He’s a competent rapper who can definitely ride a beat, but lyrics aren’t his forte as evident through silly stacked rhymes such as: ‘two girls is breast to breast to breast to breast’. By far the best anthem on here I thought was  ‘I Don’t Fuck With You' simply because it feels like the rapper’s comfort zone.

However, this isn’t to say that the whole album should have made up of similarly-themed dumbed-down numbers. In fact, I’m almost glad Big Sean has tried to do some serious stuff here, as it’s revealed his personality.

Before now, Big Sean seemed like a big nobody. He rapped about the same materialistic junk as every other wannabe-Kanye, and consequently he always struck me as a bore. Here, he comes across as a unique and likeable human being for most of the tracks, even if he is conveying a lot of his thoughts in basic and sometimes corny terms. Sadly, I think Big Sean still has some work to do before he can really find his niche. By far the greatest and most memorable parts on the album are parts which Big Sean has no involvement in, for instance several of the instrumentals, particularly the beat on ‘Paradise’ produced by Mike Will Made It. It’s a menacing instrumental that makes me picture Godzilla stomping round the city. The guest musicians meanwhile all contribute solid performances. Even Lil Wayne manages to keep on beat during his verse in ‘Deep’.

Altogether, Big Sean’s willingness to show his personality and a handful of decent beats and features make this an okay album. Most of the thrills come in the first half. In the second part, Big Sean’s attempts to philosophise turn hackneyed and the beats turn stale.

Oh well, at least there are no more dumb tracks about asses. Or any Nicki Minaj collaborations for that matter.
★★☆☆☆