Review of 'Ratchet' by Shamir 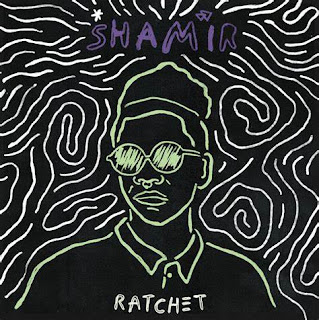 Ratchet has some definite bops, even if the ballads let it down.
Whatever your views are on Shamir’s androgynous vocal style and appearance – whether you think he’s ‘a post-gender, androgyne angel of a millennial’ like the Guardian or a ‘F****t ass n***a’ like one eloquent Youtube commenter I came across – there’s no denying that this 21 year-old Las Vegas r&b singer knows how to pick a groovy beat. The cowbell-heavy electropop tunes on this album will make you want to vogue like Madonna. At the very least you’ll want to bob your head – unless you suffer from full body paralysis in which case I guess you’re excused.

‘On The Regular’ is the standout hit – featuring a shimmering instrumental that Azealia Banks is probably jealous of. ‘Call it Off’ and ‘Vegas’ with their killer synth riffs are equally infectious. Perhaps the album’s weakest spots are where Shamir tries to get all slow and ballady – examples being ‘Demon’ and ‘Darker’ which both kill the pace and offer no real inventiveness.

Personally, I’m on the fence with the vocals. The camp semi-rapping annoys me a bit (does that make me a homophobe?), although Shamir's nerdy lyrics can be charming: 'Guess I'm never-ending, you can call me pi'. The high-register singing meanwhile lacks a bit of power in places, particularly noticeable on the slower tracks like ‘Youth’. He clearly doesn’t have the control over it that a band like the Stylistics have. The groovier tracks are much better suited to him as here he seems able to inject a more playful energy. If Shamir could harness this through an entire album it might make for a more catchy and refined record (i.e. quit the ballads!).
★★★☆☆