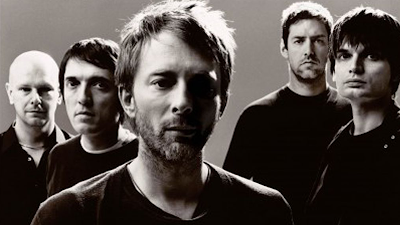 Too busy listening to Drizzy? Getting carried away listening to Bey? In case you missed the fact Blink-182 and Radiohead are back, I’m here to get you up to speed (no, Blink and Radiohead sadly haven’t teamed up for a collab, although I’m not ruling it out as a future possibility – Metallica and Lou Reed’s Lulu proved anything is possible)

Holy macaroni! This sensual slowjam is all levels of seductive from her breathy vocals, to the slinky synths, to the raunchy video. And yet Anna Wise manages to be way more than just a sex symbol, donning that ‘independent woman’ vibe too (listen to feminist anthem ‘BitchSlut’ and you’ll get what I mean). Altogether, she’s like a more catchy, less creepy FKA Twigs.

All you whippersnappers probably won’t Remember Trumpton - that stop-motion kids show back in the 60s, back in the good ole’ days. Oh yes, I remember the show clearly (I was minus 25 years old!). Anyhow, this music video clearly takes inspiration from that programme, although Radiohead being Radiohead obviously put their own gloomy/fucked-up spin on things. As for the music, it certainly ticks all my boxes – Thom Yorke laying some velvety smooth vocals over some contrarily intense staccato strings. In other words, Radiohead are keeping things wacky.


After the incredibly mellow but incredibly awesome Reality Testing, UK producer Matt Cutler (AKA Lone) seems set on upping the pace for his next album, having announced that he will be borrowing more from hardcore and jungle this time around. Sporting bustling percussion, dreamy vocal samples and woozy synths, this new house anthem seems to be implementing all of Lone’s tastiest ingredients. I’m salivating in anticipation.

‘I don’t know nobody who smiles at everybody 24/7’. Kehlani speaks up for all her fellow depression-sufferers, criticising the need to mask our negative feelings with fake happiness. After attempting to take her own life earlier this year and having since recovered, it’s nice to see Kehlani is now confronting her demons head on. This also may well be the most positive song I know about not being positive all the time.


The chick’s voice may take time to adjust to -  the hoarseness reminds me of Axl Rose – but the jaunty guitar work from these US alt rockers will most certainly keep you hooked. Plus, the song title is brilliant. Too right, I’m not a dick.

This comeback track from prehistoric pop-punk posterboys Blink-182 won’t bore you to death – for one Travis Barker’s drumming is sounding flashy. Sadly, the lyrics are anything but. I winced when I heard the ‘Life is too short to last long’ line. Besides, the band missed a trick – it could have been ‘life is too short, blink and you’ll miss it’. Get it? Blink? Well, I thought it was clever…
Posted by Alasdair Kennedy at 16:09:00
Email ThisBlogThis!Share to TwitterShare to FacebookShare to Pinterest
Newer Post Older Post Home
Follow @AlasdairKenned1