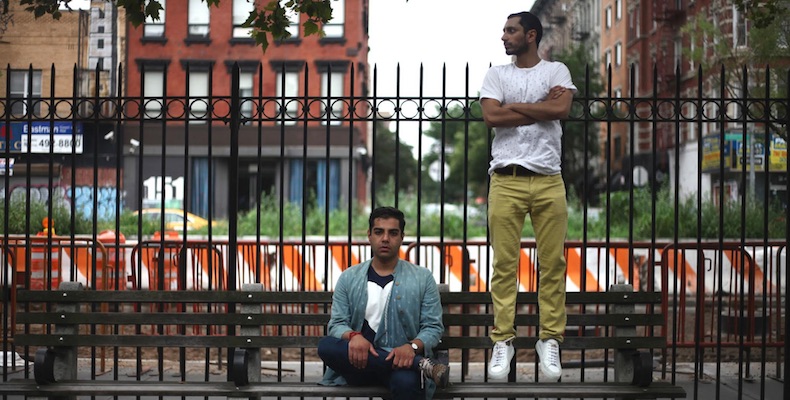 Flex? The Swet Shop Boys? Gypsy & The Cat? Never heard of any of them. What a load of hipster twaddle. What kind of pretentious asshole writes this blog, anyhow? I'm unsubscribing...

Floating jazzy chords and some smooth stream-of-consciousness bars make for some dreamy hip hop from this Portugal-born UK-based rapper Flex. Apparently he's only 19!

Hungry for more tasty music from Flex? Sink your teeth into his brand new EP Soul Food over at Bandcamp.


'TSA always want to burst my bubble/ always get a random check when I rock the stubble'. Nobody likes to be mistaken for a terrorist. For brown-skinned people going through airport security it's a continuous problem, one that the Swet Shop Boys have decided to confront with this new song 'T5'. Consisting of brown-skinned buddies Heems of Das Racist and UK actor/musician Riz MC, the newly-formed duo tackle racial profiling head on with some playful bars and a badass spiky beat.


Someone help me out - from which classical piece is that gorgeous piano part at 2:35 ripped from? I've been searching for it for months. In any case, I didn't expect to hear it weaved into this fun psychedelic pop anthem. The two members of this Melbourne duo used to be DJs. Now one is a gypsy and the other is a cat.


Another Aussie duo of sorts, EDM producer Taka Perry and upcoming vocalist Jordi team up for this slow and seductive electropop number 'Slow'. The beat has a Lion-King-esque vibe thanks to those xylophones or marimbas or whatever those tribal pitched percussion sounds are.


I'll never get bored of wet splodgy detuned fifth chords. This track's practically teeming with them. I'll have to give the rest of this Parisienne producer's work a peruse.

Wow  ... that's ...  that's quite a lot of auto-tune. I wouldn't have thought it possible, but he makes Desiigner sound like he had elocution lessons. The hyped-up intro and '2pac Reborn' claim seemingly make it all the more horrifyingly obscene.
Posted by Alasdair Kennedy at 16:25:00
Email ThisBlogThis!Share to TwitterShare to FacebookShare to Pinterest
Newer Post Older Post Home
Follow @AlasdairKenned1