He’s a DIY soul/electronic/art rap singer/songwriter/producer from New Jersey who describes his music as ‘tunes for the groovy folk. Also space koalas’.

Limeade is his latest LP, lyrically centred around love and infatuation, but more importantly food.  Track titles include ‘fondue’ and ‘artichokes’, filled with lyricism involving bruschetta and burning the egg salad. Need some romantic music to accompany that next dinner date with that cute space koala from next door? Look no further.

Soulful without being soppy, comical without being crude, intricate without being irritating, Ehiorobo's sound manages to balance out every sonic flavour perfectly. Hungry to know more about the man behind the music, I decided it would be best to chew the fat with him, to cut the mustard and delve into the nut behind this smart cookie in the hope that he may spill the beans on some hidden juicy truths (basically, I decided to interview him). Read on for drum machines, comic books and more space koalas...

If your sound was a pizza what toppings would it have?

Where does the name Ehiorobo originate from?

E: Ehiorobo is my full first name, it's very Nigerian haha. Benin City, Nigeria to be specific. I was there this summer actually, visiting family

Your new album Limeade is full of weird and wonderful food references. Were you hungry whilst recording Limeade?

E: I was forsure thinking about flavor palettes making that thang. I'd have these super long days in sr. year of high school (when I started working on the album) where I'd watch what I'd eat because of intense track workouts, go to work at a skate/surf clothing shop, and then I'd stay up late making tunage all night. Snack of choice being saltine crackers and cherry limeade

How do you go about creating all the complex instrumentals? What production software do you use and does the percussion usually come first or the melody?

E: Really I kind of just mess around until I have something that interests me. Starting off with a chord progression that excites me, and then I'll build everything around that in layers, building different sections based off where I want those layers to go. It's a bit more fun letting yourself explore like that in my opinion. Also, I've been using Native Instrument's Maschine since I was about 16, because I was fascinated with the idea of using a drum machine as the centerpiece to the setup. I perform with an SP-404, so I think that's me still being a drum-machine diggin' boy at heart

I love the mix of digital and live instruments. The sax solo on ‘Gilderoy Lockhart’ is delicious. Who are all the guests on the album and how do you know them?

E: Yoooo thanks, yeah I definitely wanted to have a wide sound spectrum on the album. As for the sax solo on "Gilderoy Lockhart", the way that came together was insane. I made the instrumental, and got my friend Noel Gordon Jr. to come to my house and record in my basement (which is where I tracked & produced the project). I hummed the basic melody idea, and he tracked it, plus did this insane freestyle all in one take, and that's the exact take we kept. Pretty magical when I think back on it haha

Super super super glad to have homies so down to put time into something like that. I'd produce tracks, and then call them over to track live things on top of stuff, but it all felt organic and kinda like just hanging out

I read in another interview that you’re a comic book fan. Ultimate question – DC or Marvel?

E: Honestly that's super tough, but I'm gonna have to go with Marvel. I have super large respect for the Batman franchise, but the Marvel Universe is just way way more immersive for a boyo like me

How are your art skills? Better still, do you have MS Paint? I’m curious to know what a space koala looks like. Fancy drawing a pretty picture of one for me?

E: I used to wanna be an animator haha. I later discovered that there are other things that I enjoy making a lot more, so naturally, that wasn't pursued to heavily after a while. But in my own mind, I was nice as heck at sketchin'
(Also, nope, don't have MS Paint. But I was tryna get it for a while) 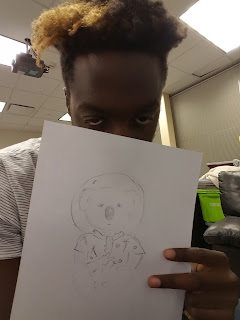 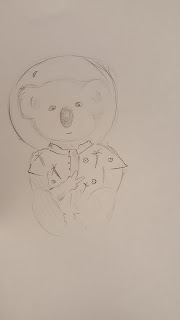 What does the future hold for Ehiorobo?

E: Definitely more tunage in the upcoming months. Working on 2 separate collaborative projects that I'm super excited about, as well as some songs coming out with people in between. Then, working on another project of sorts. During all of that, there'll be shows

Also, looking to make my way to both LA, and also North Europe within the next year for shows and working with people. Generally, just tryna do more, explore, and feel good.