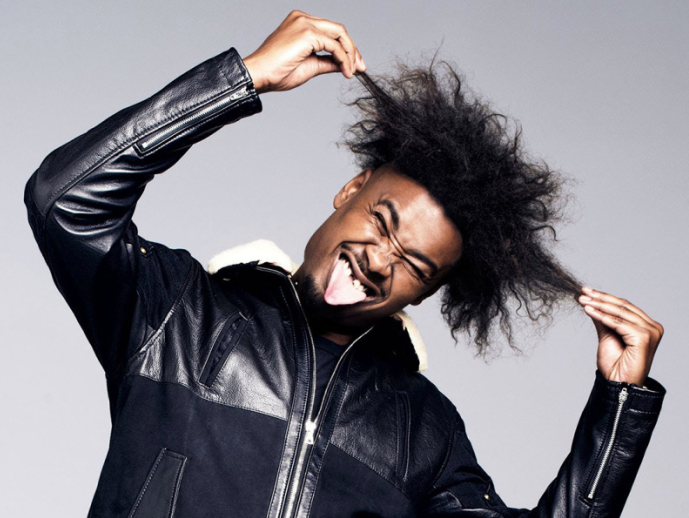 Whilst you’ve been busy sobbing about the Brangelina breakup, I’ve been doing more productive things. Like sobbing over my existence. And discovering new music on the internet. Here are my findings.


This new noisy single from emerging Manchester pair Pool Art is terrifying to put things mildly. The calm way in which the singer purrs ‘don’t feed me to them’ is already unsettling enough, but it’s nothing compared to the latter half of the track which swiftly plummets into a Satanic abyss of blitzkrieg percussion and eerie ascending guitar squeals. If this is ‘dream’ pop, it’s clearly the nightmare variety.


Inspired by the acquittal of Jian Ghomeshi and the death of Rob Ford - two people who frontman Shehzaad has referred to in a press statement as ‘total pieces of shit’ - this track sees Toronto punks Greys letting out their anger at the brainwashing of the Canadian public, one minute hating a public figure, the next minute sympathising over them. As you can tell immediately, most of the rock music I’ve been favouring this week isn’t the soft variety. These dissonant guitars are downright ugly and the production’s so filthy you’ll want to take a bath.


One of the less moody selections this week, funky distorted synths and theatrically buoyant vocals make up this new single from mysterious Soundcloud entity KNGDAVD. Further research suggests they are in fact a duo from New York. Clearly they don’t like talking about themselves - they don’t even feel comfortable putting the letter ‘I’ in their band name.

Backed by a beat made up of sinister pitched bells, Danny drops a single squawking verse before buggering off, handing over the rest of the track to his awesome entourage of guests. Guests like Ab-soul, Earl Sweatshirt and some guy you may have heard of called Kendrick Lamar. It’s an impressive line-up with impressive results. I’ve never been all that hyped about the gap-toothed pill-popping Detroit rapper before, but his upcoming album is looking damn exciting.
'Starboy' - The Weeknd

The title isn’t all two dissimilar to a certain David Bowie song. And I was expecting Daft Punk’s contribution to be more than brief robotic backing vocals. But even so, this is catchy stuff from the palm-tree-haired pop singer.

Protesting against the killing of animals by promoting the killing of human beings seems somewhat hypocritical, but I guess this militant vegan is only a kid so his sense of logic hasn’t fully developed yet. That said, I’d quite happily watch this tuneless brat get slapped round the face with a leg of ham.
Posted by Alasdair Kennedy at 05:13:00
Email ThisBlogThis!Share to TwitterShare to FacebookShare to Pinterest
Newer Post Older Post Home
Follow @AlasdairKenned1