Review of '÷' by Ed Sheeran 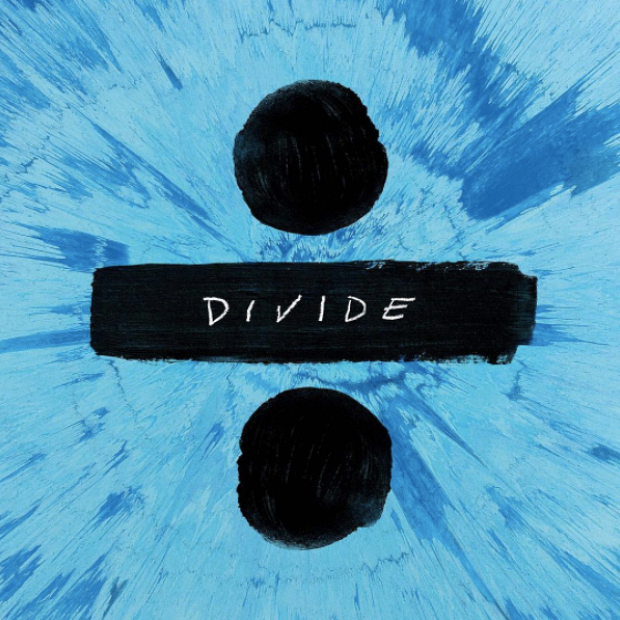 Throughout his entire career, all Ed Sheeran has wanted to be is a normal guy.

It doesn’t matter that he’s now a millionaire, with more songs currently in the UK Top 20 charts than most successful artists score in a lifetime. He may be richer and more famous than you’ll ever be, but he still dresses the same way as you – so much so that during an album launch party in an Oxford Street HMV store, he looked almost indistinguishable from the staff. He may be able to afford a yacht and be a household name in every country, but he still wants us all to know that he loves and hurts and dances and drinks wine and eats Doritos just like you do.

These are the lyrics that fuel Divide. The red-haired raconteur reflects on heartbreak and falling in love through everyday scenarios. Its stuff every human being with a pulse can relate to. Which is where the problem lies.

Ed doesn’t want to leave people divided on Divide. His topics are safe and calculated so that no-one feels alienated. His ex’s new boyfriend on ‘New Man’ is a stereotypical douche that wears sunglasses indoors and gets his eyebrows plucked and his arsehole bleached (although I’m not sure how Ed would possibly know this) – a fictional bad guy of the 21st Century that even the most loutish disciples of bro culture can hate. His love affairs are with nameless, faceless girls, enabling him to create a blank mould for each one of his frothing-at-the-mouth female fanbase to project themselves into. Only on ‘Galway Girl’ - an Irish-flavoured folk-ditty and one of the better songs on the album - does he create a unique character for the woman he’s singing about.

Of course, Ed too chooses to remain a faceless human being in his music, never offering any personal anecdotes or twists that may reveal too much about his own private life. Other than the fact that he never went to uni (which he’s kept us updated on throughout his whole musical career) and the fact that he REALLY loves Van Morrison (he name-checks him twice on the album), we don’t get to know much about Ed’s own penchants and experiences, but rather generic template tales of falling in love or missing a girl he was once in love with. ‘Eraser’ gives us a hint that the singer may have some personal issues he wants to vent on tape, but knowing that such material won’t sell, he’s holding these juicy and interesting lyrics back: ‘Ain’t nobody wanna see you down in the dumps/ because you’re living your dream, man, this shit should be fun.’

For the pop-consuming generation of today that have probably never listened to another singer-songwriter, some of his template subject matter may seem revelatory compared to the ass-anthems and club bangers of other pop stars. But for those of us that are well-versed in singer-songwriter material, Ed is just churning out love song clichés over polished dime-a-dozen pop-folk instrumentals.

There are certainly ways in which Ed is a breath of fresh air for pop. He isn’t some reality TV product crafted by Simon Cowell and co. He’s grafted his way to the top by his own means, having come from playing small dingy pub venues full of drunken darts players to performing to sold-out arenas full of screaming girls and boys (and if we’re going to get politically correct about it, maybe some screaming non-binary folk too). His music may be generic, but he personally chose it to be that way. His image, his lyrics, his music, is all still in his own vision, which is a valuable rarity in today’s pop scene.


All in all, to quote a Batman movie, Ed Sheeran is the hero the pop industry deserves, but not the one it needs right now.
★★☆☆☆