Is This What Pop Music Will Sound Like In The Future? 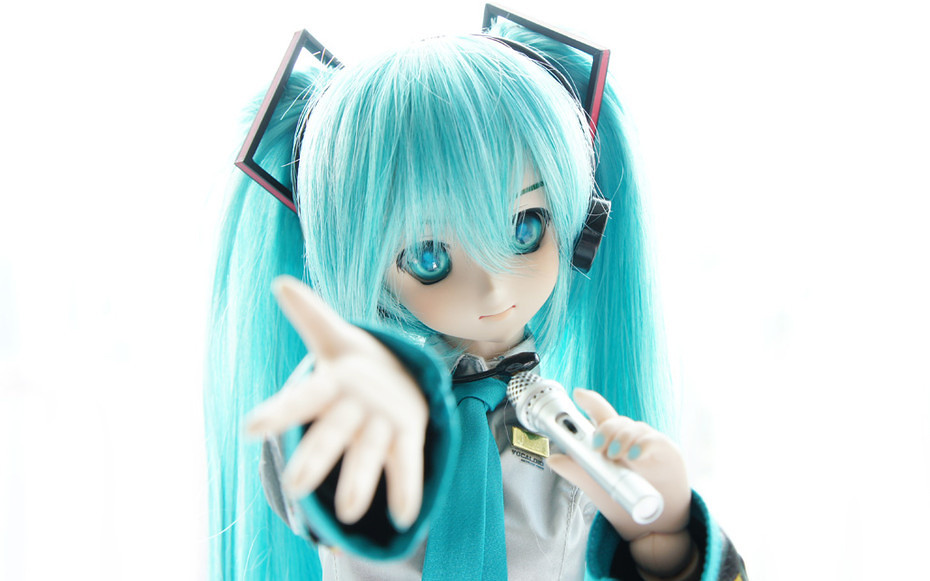 Where the hell is pop music going? What will it sound like 50 years from now? Will androids rule the charts? Will we all have reverted back to caveman instruments in an attempt to find our roots? Will Taylor Swift still be singing about her latest breakup? Will Adele still be stealing all the Grammys with her 7th album titled 54. Will Dr Dre ever release Detox?

It’s time to get out the crystal ball. Based off of theories by current music industry specialists, recent tech innovations and trends of the last fifty years, here is what I believe the future of pop music has in store for us.

The noughties saw the last wave of big mainstream rock acts like The Killers, Muse and The White Stripes. Such acts have progressively become more reserved to specific rock radio stations and rock shows. Coldplay have managed to stay chart-friendly only by going full-on EDM.

Rock is fast becoming the new jazz. The young will soon associate it as an old man’s genre and as a result it will become more and more niche. Kids will stop learning electric guitar in favour of FL Studio. The genre will still continue to thrive in underground circuits, but it won’t be in the charts.

Already many of the middle-aged rappers of today are being viewed the same way we view rockers of the 60s and 70s. Their socially conscious lyrics and traditional flows are no longer ‘cool’ by today’s standards. Modern rappers like Lil Yachty and Young Thug are rebelling against these features the same way rock bands of the late 70s started rebelling against guitar solos and spandex.

Rap is currently going through its punk phase, and if you thought it was ugly now, it’s going to get a lot uglier in the near future. Today’s so-called ‘mumble-rappers’ will continue to deliver even more garbled lyrics and even more sloppy flows. Some songs may not even contain words and simply be a series of sounds punctuated by the odd hook. Perhaps the future of mainstream rap will sound a bit like this…

Hip hop will continue to play an integral part in pop vocally and instrumentally for decades to come, but in time it too will become a niche (with traditional boom-bap styles already heading this way). What will take its place?


The Rise of Robots

Vocalists could well be about to turn digital. Using advanced voice-simulation software, producers might be able to programme vocals from scratch. It will be the natural progression from auto-tune except without any human vocal contribution at all.

These robot vocalists will have to perform live - which could mean using fictional holographic representations on stage. Already in Japan they have a holographic pop artist named Hatsune Miku, whose voice is entirely synthesized.

These holograms will of course be sexed up and will be obsessed over by millions in the same way we obsess over human musicians nowadays. To a generation that have grown up with virtual reality in the household, obsessing over virtual holograms may not seem that odd.


There Will Be a Dubstep Revival

Music revivals go in 20 year cycles. The 70s saw a 50s revival of doo wop and rockabilly with acts like The Sha Na Nas and Shawaddywaddy and musicals like Grease. The 90s saw a 70s revival, the likes of Britpop imitating rock bands of yesteryear, whilst house music took on more of a disco flavour. Meanwhile, this decade has seen all kinds of 90s revivals from UK garage courtesy of Disclosure to R-Kelly-esque R&B courtesy of Bruno Mars.

By this token, the children of today will one day look back nostalgically at dubstep. All the pop artists of 2030 will be cashing in on it and a forty year old Skrillex will be forced to come out of early retirement to join in the hype.

Bass Will Get Louder

The kids of tomorrow will need music to alienate their parents with. Today’s bass levels will not be effective enough. Bass will have to get even more ridiculously distorted. Perhaps the following song by XXXTentacion is a sign of things to come….

Or Perhaps There Will Be a Treble Revolution?

Then again, perhaps tomorrow’s kids will get bored of bass altogether. Bass will become passé. High-pitched treble squeals and sizzles will become all the rage.

Elaborate marketing campaigns beyond anything we’ve seen today will become more commonly trialled out in an attempt to break through the increasingly more saturated internet market. There will be huge build ups to singles and wild goose chases online to find them. Songs may only be able to be streamed at specific times. Austin band White Denim recently released a single that can only be streamed on Spotify when it is raining! Gimmicks like this could be the new way of creating curiosity and demand.

Shock value meanwhile will continue to play a part. Twitter beefs will become a major publicity stunt (some may be rehearsed by both sides for maximum impact). There will be more sex and more swearing in the mainstream as musicians deliberately challenge censorship to get more coverage. The twerking behaviour of Miley will soon seem as innocent to us as Elvis’s hip shaking.

Albums Will Still Exist – But Not As We Know It


Kanye West broke all the rules with 2016's The Life of Pablo by going back and editing the album’s tracklist after the album had already been released. Artists of the future may follow suit and albums could become living, breathing pieces of work that are constantly being altered to entice new listeners back. There may be hidden easter egg tracks that can only be streamed at certain times or different tracklists on different streaming platforms. Physical albums won’t be able to deal with this fluidity and so some future artists may give up on CDs and vinyl altogether.

Albums may also become as visual as they are sonic, as has already been the case with Beyonce’s Lemonade, Frank Ocean’s Endless and FKA Twigs’ M3LL155X. We may even get live albums performed and streamed on a one-time basis – fail to tune in at the right time and you might miss out. Few people have the patience to listen to albums nowadays, but such gimmicks could turn the album into a whole new exciting experience.