Review of 'Everything Now' by Arcade Fire 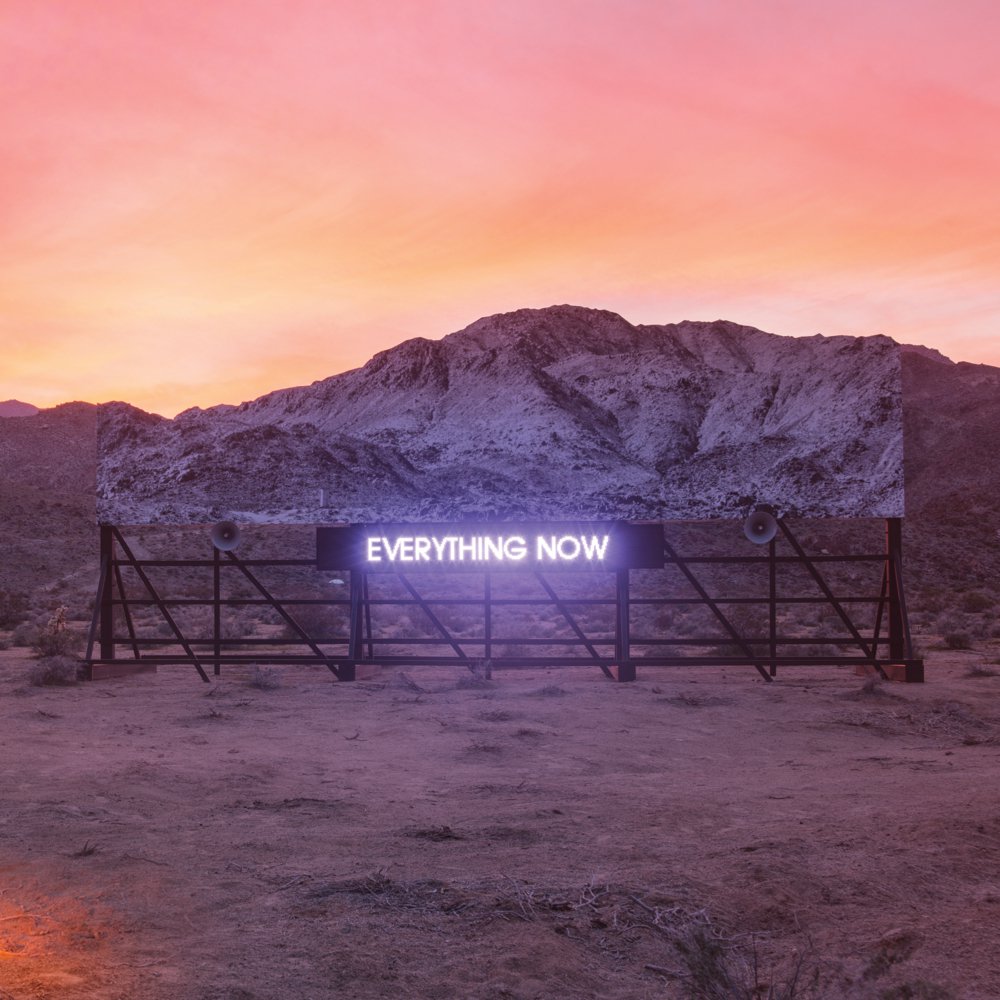 Arcade Fire get groovier and goofier on their new record.

The long-time fans don’t like it. But I’m not a long-time fan. The band’s early indie stuff – the anthemic guitars and woo chants – always struck me as a little toothless and dreary (sorry). It was only on their last LP Reflektor that the group converted me by slipping on their dancing shoes and embracing disco. Almost half the songs were two minutes too long, but they made up for it with satisfyingly sexy grooves.

On Everything Now, they’ve trimmed down the songs. They’ve also gotten groovier and goofier. The Pitchfork-loving purist indie kids have been turning their nose up at it - what’s Win Butler doing singing ‘I’ll be your Peter Pan’ over half-distorted reggae? I can understand why they don't dig it, but for me it's a huge improvement. From the Bowie-esque inflections and shining piano riff of ‘Everything Now’ to the hypnotic synthline and Abba-like chorus of ‘Put Your Money On Me’, these are some of Arcade Fire’s most infectious and colourful tunes to date.

I’ll agree, some of the political messages are a little ham-fisted. ‘Creature Comfort’ begins bleakly and bluntly with the lines ‘Some boys hate themselves spending their lives resenting their fathers/ some girls hate their bodies, stand in the mirror and wait for the feedback’ – something you’d expect from an emo band, certainly not accompanied by danceable electronica. The lyrical content of ‘Infinite Content’ meanwhile is ironically very limited.


Fortunately, these lyrics don’t distract from the album’s sense of fun. Even if Win is singing about suicidal teens over upbeat synthesizers, it doesn’t feel like he’s preaching at us or making light of the subject – it just feels slightly jarring at worst. Judging from the way people are talking about this album's lyrics, you'd think they'd just listened to the new Lil Yachty album. Trust me, that isn't the case - it's probably just too poppy for the indie kids. There aren't enough dreary guitars and woo chants for them.
★★★★☆