Review of "Reflektor" by Arcade Fire 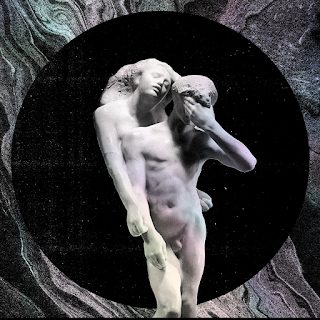 
There’s enough groove on this record to make a snake sprout limbs and dance like John Travolta. It’s groovier than this corrugated roof:

I had no deep desires to listen to this album. The truth is, I’ve never been an Arcade Fire fan. Call me insane (Actually, don’t call me insane; that hurts my feelings.). I’ve been lucky enough to undeservedly see the band live and they certainly know how to put on a spectacle. However, I’ve always found their music to be a bit wishy-washy and melodically bland. Even the much-raved The Suburbs album failed to move me.

Reflektor was a pleasant surprise. An injection of disco into their sound has helped to make their music ten times more lively. A group of diverse multi-instrumentalists such as Arcade Fire shouldn't be writing minimalistic, indie lullabies. The groovy, lush, sprawling symphonies found on Reflektor are much more interesting and show off the band members' talents. Aided by diverse lyrical content ranging from Greek mythology to Joan of Arc to pornography - the album feels exotic and exciting.

The record’s a tad on the lengthy side, spanning two discs, many tracks overstaying their welcome by unnecessarily treading past the six minute mark. I can't say I dig the closer on disc 1, my iTunes discreetly naming it "hidden track". This "Hidden track" turns out to be ten minutes of random instrumental murmuring that doesn't seem to serve much of a purpose. The eleven minute "Supersymmetry" on disc 2 trails off in a similar fashion. Its certainly a bit different, I'll give them that.

I appreciate I’m late on the bandwagon with this album, but oh well. Better late than never!
★★★★☆