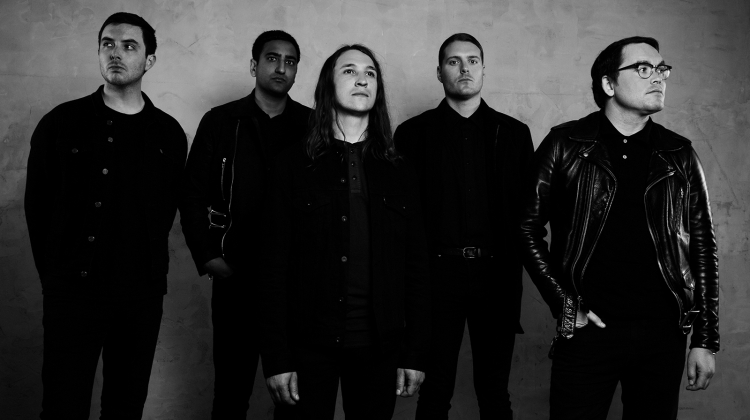 Music to distract you from news of Michael Jackson, Momo and moronic politics.

Tired of haters claiming that they’re not a ‘real metal band’, Deafheaven have decided to show everyone just how metal they can go. The result is ‘Black Brick’ – it’s 100% pure old-skool TRVE KVLT undiluted full-fat black metal. Okay, maybe there’s some thrash metal in there too, but regardless it’s still undeniably metal. I much prefer this evil sounding material to their happy indie-metal stuff – I want a whole album like this.

If Deafheaven haven’t satisfied your need for loud guitar music, this new riff-laden single ‘Angels over Berlin’ by California rock act Fury ought to do the trick. The production is so noisy that my speakers exploded and wiped out half the street. Okay, that didn’t actually happen, but if I revved up the volume to 11 it probably would have that result. A new album titled Failed Entertainment is set for release in May.

Moving on from noisy rock to noisy hip hop, this new single sees eccentric Baltimore rapper JPEGMAFIA joining forces with producer Kenny Beats, resulting in this abrasive banger. I haven’t got round to dissecting Peggy’s bars – every time I’ve tried to focus on the lyrics the beat has distracted me. Is that a distorted 808 kick or a laser gun? Whatever it is, it made my speakers explode and half the street was wiped out. I’m not joking this time.


Minneapolis hip hop act Flowstate are sporting a fresh new sound that they refer to as ‘drop hop’. It’s made up of slick rap verses that build up to satisfying beat drops. I could see both hip hop heads and EDM heads digging this. To quote the group, ‘not bad for a couple millennials from the north’.


Now that your ears are ringing with the sound of guitar distortion and 808s, here’s something a little more mellow. Waves of reverb-soaked guitars and shimmering synths serve as the backdrop to lead singer Ashkan Karimi’s soaring vocals in this euphoric anthem. The track was inspired by a dream and it certainly has a dream-like quality – despite being ridiculously cheery, the hazy production and lyrical imagery gives it a bittersweet tone as if it’s all unreal.

It’s definitely an improvement on ‘It’s Everyday Bro’, and yet heartbreak has never sounded so emotionless.