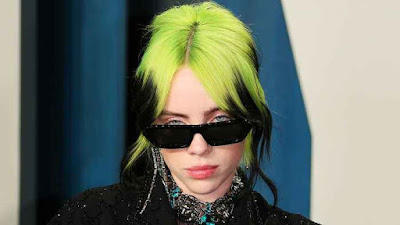 This week, I take a look at the new Billie Eilish Bond theme, Thundercat's new ode to durags and Ozzy's second collaboration with Post Malone, among other tracks...

Eccentric bassist/singer Thundercat is back with this new deliciously funky single ‘Dragonball Durag’. Some of you may dismiss this as just a silly song about a durag, but I think it’s actually a profound psychoanalysis on our need to seek approval in a relationship. Honestly, WHY WON’T SHE JUST TELL HIM HOW HE LOOKS IN HIS GODDAMN DURAG??? Thundercat has a new album out in April titled It Is What It Is and I’m hoping for more ridiculous songs like this.


I’ve heard all kinds of genres being Frankensteined together while running this blog, but jazz, breakbeat and European folk is a new one on me. Off the London duo’s upcoming album Disrespectful, this new single ‘Bee Bee’ is a masterclass in rhythmical precision. The squirming sax and frenetic drumming play out like a synchronised epileptic fit, while guest bassist Tim Lefebvre offers some punchy grooves that occasionally veer off into jungle-esque territory. It’s unlike any other jazz track I’ve heard.


This is my first introduction to Montreal producer Fonkynson and I’m sold. Any EDM track featuring bubbly basslines, twinkling synths arpeggios or Gypsy-Woman-style organ stabs is a hit with me – and this contains all three. The chorus courtesy of Toronto singer Desiire is also very catchy.

‘No Time To Die’ – Billie Eilish

While she may not possess the roaring vocals of Shirley Bassey, Billie Eilish’s delicate whisper-singing is just as commanding in this new Bond Theme. Who would have thought she’d sound so good over orchestral instrumentation (I’m glad they didn’t go down the loopy Bad Guy electronica route)? Combined with her five Grammy wins, the 18 year old isn’t doing too bad for herself.

This song couldn’t be more generic if it tried, but hey, these three clearly give no fxk.

Ozzy and Post Malone’s last collaborative single was surprisingly decent, so I had no reason to fear that this would be any different. But, oh boy, this is a mess. Ozzy’s vocals sound horribly processed and the pair sound like they’re having a Tourette’s attack at the end. I just hope they had fun making it.