Review of 'Music To Be Murdered By' by Eminem 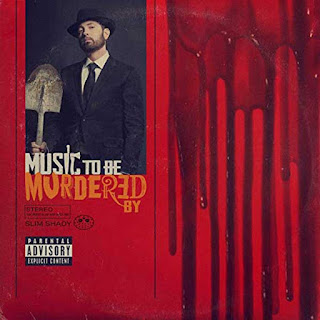 Despite containing a couple killer tracks, Em’s new album failed to murder me.

It’s clear at this point that Eminem’s glory days are far behind him. However, I still think that the self-proclaimed rap god has it in him to produce one last decent album. Something like 2013’s MMLP2 – which was a satisfying return to form, minus the occasional corny moment. Maybe Em should have stopped there, instead of releasing the car crash that was 2017’s Revival. 2018’s Kamikaze was a definite improvement – but it was also unenjoyably bitter in tone. It also featured that abysmal Venom soundtrack. The sound still haunts me to this day: ‘venoMMMM!’

Shortly after the release of Kamikaze, Eminem got into a beef with Machine Gun Kelly and absolutely slaughtered him with a phenomenal diss track titled ‘Killshot’. It made me think – perhaps what we needed from Eminem at this stage in his career was an entire album of scathing diss tracks? A bit like Kamikaze, but less bitter and purely diss-focused (no Venom soundtracks). Given the title Music To Be Murdered By, I thought that this could be the premise of this new album.

But no. Like every other Eminem album, Music To Be Murdered By is a complete mixed bag of ideas. A running commentary from Alfred Hitchcock attempts to give the album a horror theme, but half of the tracks don’t stick to this theme.

It’s certainly a lot more current in sound than Revival or even Kamikaze. The beats are some of his freshest yet – ‘You Gon’ Learn’ sounds like something Drake would comfortably rap over. Aside from a token Skylar Grey feature, there are also no 2010-style melodramatic poppy hooks. Instead, we get surprise features from Young M.A. and the late Juice WRLD that give the album a genuinely contemporary feel. I mean, technically they’re the same breed of mumble rappers that Em was dissing on his last record, so part if it does feel slightly insincere. However, it’s not the worst case of hypocrisy I’ve come across in modern hip hop (have you heard Kanye’s latest album?).

This is also Eminem’s most fun album in a while. The first track, which sees Eminem getting bitter at his critics for the umpteenth time, did have me briefly thinking: oh no, not this shit again. However, as the album progresses, the mood lightens up a lot and the record started to feel a lot more reminiscent of early Em albums. Even when he's showing off his ability to rap at one thousand words per second on 'Godzilla' or showing off his connections on 'Yah Yah', he does so with a sense of playfulness (I love the self-mocking 'stop' at the end of 'Godzilla' when he goes into hyperspeed lyrical miracle mode).

There’s certainly no shortage of corny puns – one of the aspects that made Revival insufferable – but for the most part they feel wittier and more well-placed (i.e. not angrily yelled in the middle of serious tracks). I actually chuckled when he delivered the ‘you’re on a flight too, but it’s a staircase’ line and the line ‘I look up to myself, like a fucking head-Stan’ is undeniably creative. It’s also endearing that he shows self-awareness of his corniness, and the influence it's had on his disciples, with the bar: ‘I’m watching my pupils get cornea’.

There are some more solemn tracks such as ‘Darkness’ that are also pretty good. What seemingly starts off as an account of stage fright turns out to actually be a first-person account of Las Vegas shooter Stephen Paddock. The track is both a magnificent piece of rap storytelling and a clear rally against gun violence. Were it not for the tasteless gunfire sounds, I think it could have been a lot more poignant.

In fact, this remains Eminem's biggest weakness - he often struggles to get the tone right. While the puns on this album land a lot better, there are still wince-worthy moments such as a joke about the Ariana Grande concert bombing at the beginning of the record. There are also moments when the forty-eight-year old rapper forgets his age – the ‘I, I, hate/My, my, stepdad’ hook of ‘Stepdad’ is one puerile example, while his tales of partying and promiscuity on ‘Those Kinda Nights’ and ‘In Too Deep’ (not a Sum-41 cover) also sound like something better suited to twenty years ago. The whole alien-theme of ‘Marsh’ with its auto-tuned squeals in the background is also utterly weird.

All in all, it’s a bit hit and miss. There are more misfires than on Kamikaze, but there are also a lot more genuinely fun moments. It's encouraging to see Eminem lightening up, as well as largely rejecting the poppy guests and bland beats. Maybe, just maybe, the next album will be the late career magnum opus we’ve all been yearning for. Or maybe it will be another Revival. Who knows at this point in Em’s career?
★★★☆☆