Review of ‘JESUS IS KING’ by Kanye West 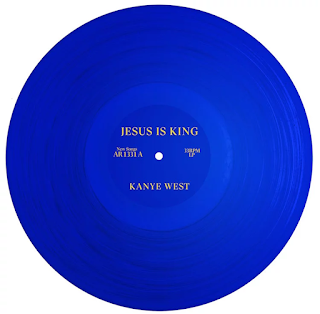 Released a year later than planned, Kanye’s new album Yandhi JESUS IS KING is finally here. I’m not really mad that it took so long to come out. A year delay is still punctual by Kanye’s standards (Late Registration might be one of the few albums he released on time). Besides, he already gave us two albums last year, Ye and KIDSSEEGHOSTS. Three Kanye albums in one year would have been too much Kanye (for some people, I’m sure one album is more than enough Kanye).

Both Ye and KIDSEEGHOSTS saw the Chicago rapper taking a refreshing break from being a narcissistic asshole, delving into more personal subject matter and even showing a brief glimpse of his insecure side. Ye in particular saw him owning up to being bipolar and discussing fears surrounding parenthood. For the first time ever, I found myself starting to connect with the enigmatic rapper on a human level.

But then Kanye went and found God.

JESUS IS KING is an all-out Christian rap album. It starts with a gospel choir song and is followed by ten tracks of Kanye rapping/singing about Jesus. He’s given up the boasting, the swearing and the sexual puns. Even the personal subject matter of Ye is gone. It’s all Jesus, God and more Jesus.

As someone who isn’t religious, it’s not an easy album to connect with, but even if I was religious, I can’t imagine myself getting much insight out of this record. It’s all generic ‘hallelujah! praise the lord!’ tripe. I haven’t listened to much Christian rap, but I can imagine that the large majority of it has some personal substance beyond Jesus or at least some interesting parables. The most creative Kanye gets is comparing church to a chicken shop with the line ‘you’re my Chick-fil-A’ – and it’s so corny that you wish he hadn’t bothered.

Christianity may have finally grounded Kanye, but in doing so his lyrics have lost all their wit and relatability. Instead of rap songs, we get rap sermons. It’s pretty much the antithesis of the last album I reviewed, Is He Real? by IDK - while that album witnessed a religious rapper questioning his belief, this album sees a secular rapper zealously declaring his newfound love for JC. Unfortunately, neither album got the lyrical balance right: Is He Real? doesn’t cover the topic of God thoroughly enough, while JESUS IS KING focuses on nothing but God to the point of monotony.

Kanye may just be going through a brief Snoop-Lion-phase. If this isn’t the case and he continues writing Christian rap, I just hope he’s able to vary up the lyrics a little more, as well as developing his songs a little more.
★★☆☆☆