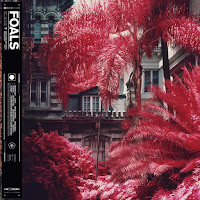 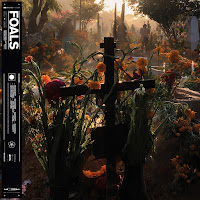 I don’t have the time or patience for double albums. Foals’ decision to split their latest lengthy project into two releases – Part 1 in March and Part 2 in October – was a wise idea (they clearly had me in mind). I decided to wait until both parts were out so that I could review the complete package.


Like so many indie bands that emerged in the noughties, Foals have got slower and less raw over the years. Fortunately, they’ve resisted resorting to lounge music like The Arctic Monkeys. They’ve still got a mean sense of groove and frontman Yannis Phillipakis’s vocals have matured from a slightly grating yelp to an emotive croon more akin to Morrisey.

Everything Not Saved Will Be Lost is their most ambitious project to date – not only is it in two parts, but it’s also lyrically themed around heavy world topics such as global warming, technological dependence and political turmoil (basically, everything that needs to be saved, before humanity is lost). On top of this, some of Foals’ most exciting musical ideas are on display (although perhaps not evenly spread across both parts).

Part 1 sees Foals dabbling in electronica with more dance-oriented tracks. ‘In Degrees’ even verges on being house music. There are some pretty experimental cuts on this record including ‘Café D’Athens’, which incorporates xylophones and synth washes, and ‘Sunday’, which starts off as a fairly conventional rock ballad before evolving into a psychedelic rave tune. The drumming all across this album is very creative and there are some pretty intriguing bass moments too.

I had high hopes for Part 2 and hoped that it may offer some similarly fun dance-rock anthems. Instead, Part 2 is more guitar-driven – and possibly a little more derivative because of this. There are still some solid tracks like angry mosh tune ‘Black Bull’ and airy epic ‘10,000 ft’ in which the band push their guitar sound in new directions. But other tracks like ‘The Runner’ feel as if Foals are treading familiar ground. Ten minute closer ‘Neptune’ is the most experimental track, but it’s also one of the duller tracks due to being largely meandering (even if some of the more ambient moments are quite pretty).

Not much can be said of the overarching lyrical theme – as urgent as some of the topics covered are, Yannis doesn’t really deliver them with much urgency, so they go largely unnoticed. I do still prefer the singer’s newfound croon to his early career yelp, but perhaps the yelping might have been better suited to this lyrical content for helping it to feel more like a protest.

Foals may have been better off doing away with the apocalypse theme and possibly taking several of the tracks from Part 2 and simply lumping them in with Part 1. As it stands, Part 1 is a musically adventurous rock album, while part 2 feels a little more predictable.