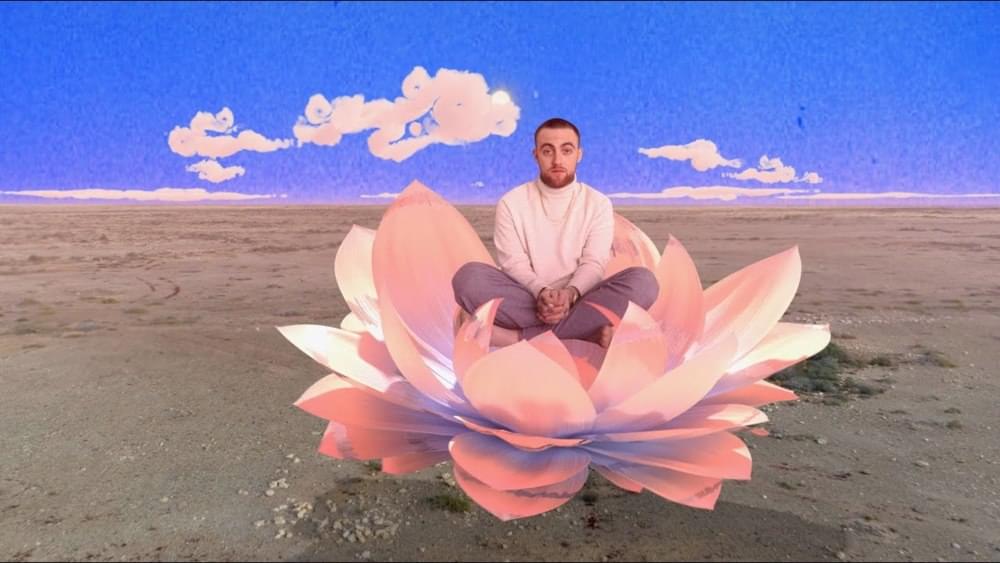 I haven’t done one of these track roundups since December. I've got soooo many tracks to catch up on!

Next Friday, I’ll return to the usual six-track weekly round-ups. Until then, enjoy this mega post in which I attempt to round up the best and worst music of the last month-and-a-half.

Recorded only a few months before the rapper’s death, this single from Mac Miller’s new posthumous album Circles is a difficult listen. It’s a glimpse into his mind before he took his own life – you can hear him struggling to find the energy in his voice as he vents his depressed thoughts. The most painful part is hearing the brief moments of optimism that suggest he could have still found a way out. The bittersweet tone of the beat really adds to the vibe of the track.

This is an unfinished leftover track from Igor and it still sounds better than 90% of tracks that end up on most artists’ albums. The eccentric rapper/soul-singer (who recently won a Grammy for Best Rap Album) delivers some pitched-up crooning over some signature gorgeous synths, with a little bit of rapping thrown in towards the end. Tyler has also released another track ‘Group B’ – another cut from Igor with a flavour more similar to Earl Sweatshirt - which you can listen to here.

We’ve all heard Eminem rap fast before, but I don’t think I’ve ever heard him rap this fast. HeDoesn’tEvenStopToBreatheDuringTheLastThirtySeconds! I rarely get impressed by speedy rapping these days given that it can be such a gimmick, but this did impress me. As for the chorus from Juice Wrld (R.I.P), it’s odd but refreshing to hear Em picking an artist so current to collaborate with. Admittedly, I was never the biggest Juice Wrld fan, but I definitely prefer this to another Skylar Grey chorus.

Gorillaz’ lastest ‘project’ Song Machine is a series of episodes – each episode containing a new song along with recording studio footage and chats with band members. It’s essentially an album with visuals, drip-fed track-by-track over a period of months. ‘Momentary Bliss’ is the first episode/song and it’s definitely a fun musical experience. UK punk duo Slaves and UK rapper Slowthai join Damon Albarn and the cartoon band resulting in a funk/rap/rock crossover that gets more infectious on each listen. The collection of cockney accents on display also gives it a very British feel.

… now onto some of the more underground gems of the month. This gorgeous track is a collaboration between Russian producer Kicktracks and Indonesian singer Kehard. Can you believe the singer is a dude? I was convinced those sweet vocals were produced by a chick and I’m quite impressed that they’re not. The dusty cassette tape sound of the production helps to bring a beautiful intimacy to the track. In fact, I’m now fascinated by both artists.

‘Near Enough A Woman’ – Otta

Otta’s approach to song-writing is truly captivating. It’s as if she’s combined the minimalism of Billie Eilish with the soul of Amy Winehouse. ‘Near Enough A Woman’ is a jazzy piano ballad at its core, but it’s sprinkled with various other sounds that give it a more avant-garde feel. Each sound is given a lot of breathing space and feels carefully placed to give it more emotional impact. Even if there is a lot going on, it never feels cluttered.

‘Are You Gonna Be Okay’ – Stray Fossa

This Charlottesville indie pop outfit remain criminally underrated. ‘Are You Gonna Be Okay’ continues to sport their hazy nostalgic sound. The ending with its dissonant chords was definitely unexpected and I kind of wish there was more of it.

These are some impressive vocals – they’ve got a pained Bjork-ish beauty to them. The effects-slathered guitars, smooth ascending bass and steady percussion provide a contrastingly dreamy vibe. It’s as if the singer is trying to claw their way out of a trance. The Brisbane band are releasing their debut album Binoei in March.

‘Step To It, Soldier’ – Kamilita


I'm enjoying this new wave of female-fronted pop-metal that seems to be taking place right now. In December, we had that great Rina Sawayama nu-metal-inspired track 'STFU!'. Now we have this new track from Youtuber/actress/singer Poppy and it's a wild mix of delicate electropop and angry metal. It comes off of Poppy's new album I Disagree, which I'm excited to check out.


'You've got that yummy, yum/that yummy, yum, that yummy yum'. This hook is absolutely horrible. No 25 year old should be able to use the word 'yummy' - and they certainly shouldn't be trying to make it sound sexual. I'm aware of the dark conspiracy theory surrounding this track, but it hasn't made me appreciate the song any more. It’s a huge backward step compared to his 2015 material.

Are Green Day even trying to make good music anymore?  This is forgettable FIFA-game fodder for Imagine Dragons fans.