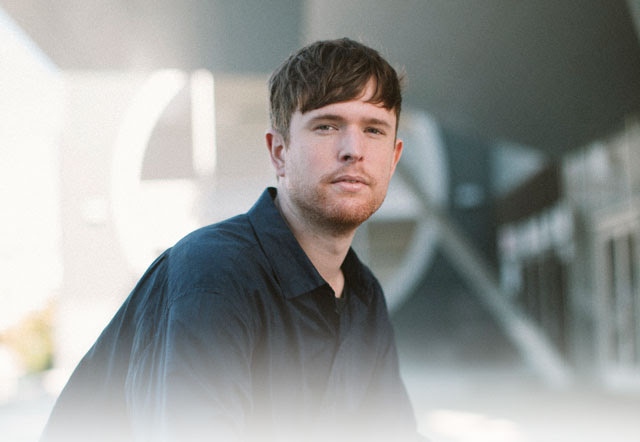 James Blake is back to sounding captivatingly weird.

Good good not bad Toronto jazz outfit BADBADNOTGOOD have released two new singles and they’re both terrific. The first track ‘Goodbye Blue’ features guest vocals from Jonah Yano and is a fluttering r&b track  – a seemingly new direction for the band. The second track ‘Glide (Goodbye Blue Part 2)’ is a soaring jazz instrumental that serves as a companion piece. Could we be getting a new album soon?

Ferdous continues to push forward his unique nocturnal electropop sound. From the opening spiky keys, I assumed this was going to be a more retro Kraftwerk-flavoured track. But then the thicker glossy synths come in and give the track a decidedly futuristic feel. The vocals meanwhile are just as moody as on ‘Overdrive’, but with less auto-tune this time around.

‘Naughty On My Bike’ – Public Body

Public Body · Naughty On My Bike


Brighton band Public Body deliver this anthem dedicated to the bicycle. It’s nearly as silly as Queen’s own bicycle anthem but without the unsolicited hatred towards Jaws and Star Wars. Instead, the band seem to direct their contempt towards walking and public transport. Loopy guitar riffs and frenetic drums propel the track along. They’ve tagged it under #News And Politics on SoundCloud (news and politics is my favourite genre of music).

‘Sunburnt Inside’ – The Gulf of Space


This new track from Southampton artist The Gulf Of Space was ‘born out of social isolation and lamenting the lack of social contact’. It features some intriguingly cryptic lyrics that capture the sense of lonely confusion many of us are doubt feeling right now. The instrumentation meanwhile is made of moody guitars with some bright flourishes of piano towards the end. The Gulf of Space has recently released an entire album titled Toria, which you can listen to here.

Last year’s Assume Form had a commercial feel to it that I wasn’t digging, but now James Blake is back to sounding captivatingly weird. The choppy vocal edits and off-kilter beat create an anxious feeling. Meanwhile, the lyrics seem to deal with self-sacrificing infatuation: ‘I’d take the calls you don’t want to/ I’d take the hair in your food’.

The lyrics are gross. He’s not even rapping on beat. And what’s up with the annoying Playboi Carti baby voice? It’s an abomination.