Review of 'It Is What It Is' by Thundercat 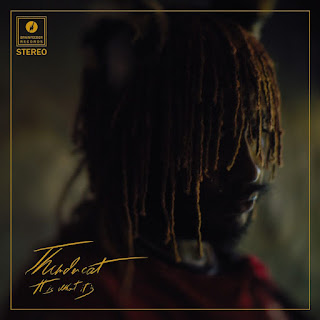 The funky bassist-singer gets serious.

When I listen to a Thundercat record, I expect lots of fun and flashy funk-jazz and It Is What It Is doesn’t disappoint. While there are not quite as many standout tracks as there were on Drunk, this new album had decidedly less filler. The tracks are also very dynamic. There are fast upbeat numbers like ‘I Love Louis Cole’ and slow melancholy numbers such as self-titled closer ‘It Is What It Is’. There are also old-skool jazz instrumentals like ‘Innerstellar Love’ and urban hip-hop flavoured tracks like ‘Fair Chance’. It’s his most musically varied album to date.

Another thing I expect from a Thundercat record is silly lyrics. Drunk was a middle-brow mixture of sophisticated instrumentation and lyrics about beating one’s meat and wanting to be a cat. It Is What It Is seems to take a much more sincere direction (with the exception of ‘Dragonball Durag’ – which is definitely not a serious track). There are tracks about unrequited love (titled ‘Unrequited Love’) and tracks about existential dread (titled ‘Existential Dread’ – he’s not one for cryptic titles). Aforementioned track ‘Fair Chance’ is meanwhile a touching tribute to close friend and rapper Mac Miller.

Thundercat has written serious tracks before, but they’ve never come from such a personal place. If I’m honest, I was hoping for more silly tracks like ‘Dragonball Durag’ (it’s what we need in these depressing times). However, it’s still endearing to hear Thundercat spilling his heart out. The tracks are convincingly emotional, even if the lyrics are a little basic and the choice of guests is a little odd (Lil B would not be my first choice of guest on a Mac Miller tribute track).

There are a couple tracks that I’m not crazy about. Soul posse cut ‘Black Qualls’ is a bit of a cluttered mess – it’s definitely a case of too many cooks (or in this case too many Steves) spoiling the broth. Zack Fox’s feature is also surprisingly unfunny, although the following track makes up for it. Other than these moments, it’s a pretty solid album. Some folk may feel it lacks depth, but I’ve always enjoyed Thundercat’s barebones lyrics. IT IS WHAT IT IS.
★★★★☆