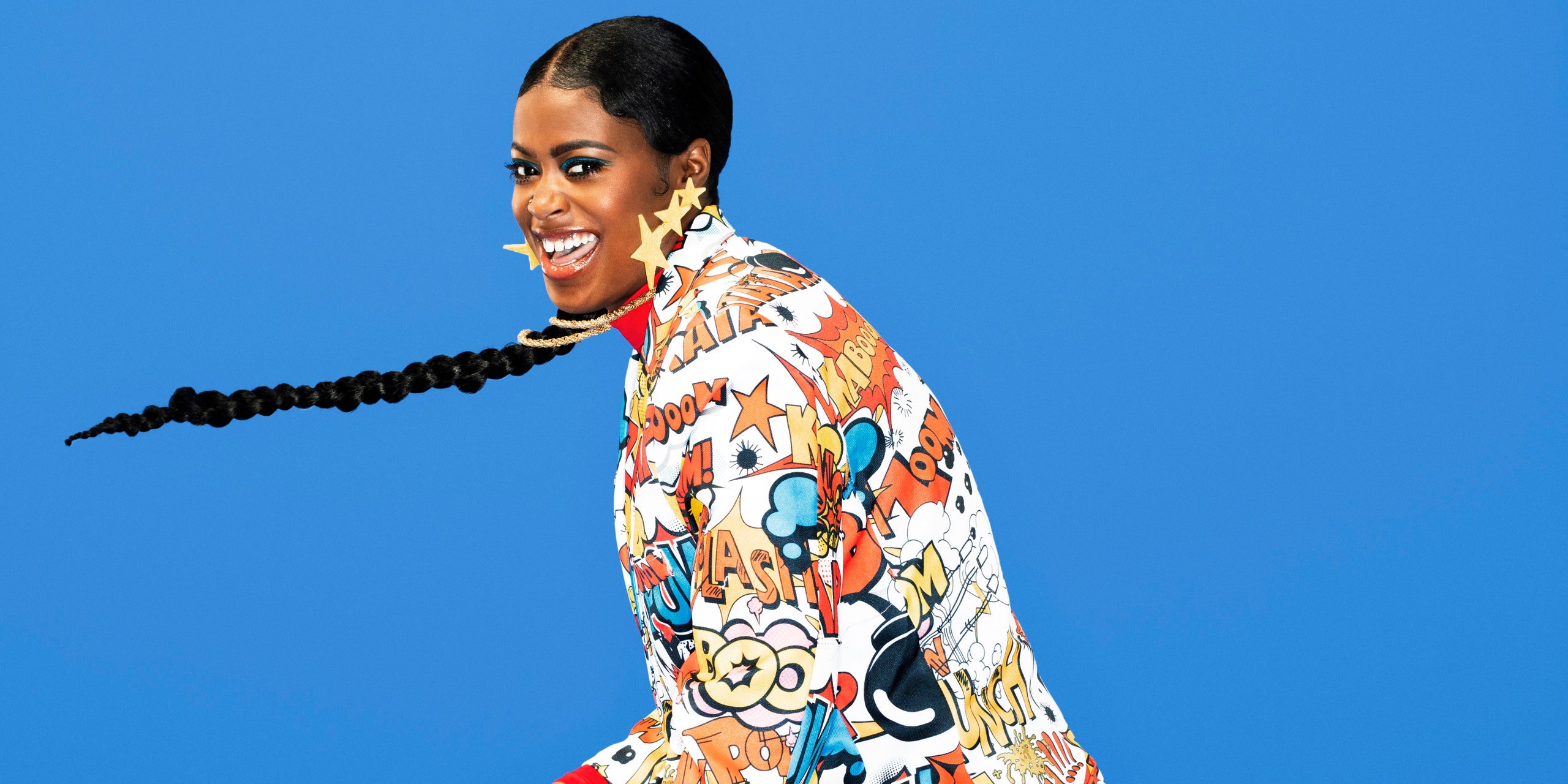 Wacky singer/rapper Tierra Whack has dropped two new singles, ‘feel good’ and ‘Peppers and Onions’. They’re both great tracks, but 'Peppers and Onions' is the one that stands out as it feels more like a developed song (‘feel good’ isn’t even a minute-and-a-half in length – although that’s still relatively long compared to every track on her debut album Whack World). Tierra’s vocals are bouncy and versatile as always and are accompanied by a playful backdrop of tongue clicks, whistles, oohs and bass.
‘Mandrill’ – Martin Gore

Martin Gore of Depeche Mode has plans to release a solo EP titled The Third Chimpanzee. It’s going to be made up of electronic instrumentals with primate-themed track titles (the cover art was also painted by a monkey). ‘Mandrill’ is the first taster from the EP – it’s quite the change of direction from Depeche Mode’s usual synthpop sound. In fact, it sounds more akin to Gesaffelstein or Clipping. I feel like I’m having my face gnawed of by a mandrill while listening to it (I mean that as a compliment).

Not to be confused with the Katy Perry song of the same name, KOYO’s latest single ‘Walking on Air’ is a frantic rock track that revolves around speeding guitars and suspenseful vocals that yo-yo manically between a half-whisper and a yell. It keeps up a relentless pace throughout like a train hurtling towards an unfinished bridge, while packing in lots of sonic twist and turns. The single comes soon after the release of the Leeds band’s sophomore album You Said It, which dropped earlier this year (you can check out my interview with the band here).

I was gutted to find out the other day that I’ve been pronouncing Sade’s name wrong my entire life (I’ve been saying ‘say-dee’ instead of ‘shah-day’). I thought I’d share that revelation with you because this artist Ione reminds me a lot of Sade (I imagine Ione is pronounced I-oh-nee, but I’m probably wrong on that occasion too). The Manchester singer’s wistfully soulful voice and dreamy background of glossy synths make for an absolutely gorgeous track. It’s very retro but the production also feels very modern. The track comes from Ione’s upcoming EP titled The Tide Is Changing.

Virginia-born artist Lake Stovall delivers this lethargic neo-soul track made up of gloopy synth chords and dynamic vocals. While the track may be criminally short, there’s enough development within the song to keep it rewarding. I particularly like the climax of layered vocals and twinkly synths at the end.

A month before the election, Lil Pump announced that he would be voting for Donald Trump. He went so far as to even attend a rally in Florida (in which Trump mistakenly introduced him as ‘Lil Pimp’ – hence the title of this track). It turns out that Lil Pump didn’t even register to vote in 2020. In other words, he’s likely been trolling everyone. Anyhow, rather than end the publicity stunt there, he's decided to keep the controversy going by dropping this new pro-Trump track.  Regardless of whether its serious or not, it’s pure garbage. The production sounds like shit and he spends the whole track yelling ‘Lil Pimp’ and not much else. The line ‘Fuck a bad bitch send her back to ISIS’ is as witty as it gets, and this is at the expense of being potentially racist (although I’m probably reading too much into it).