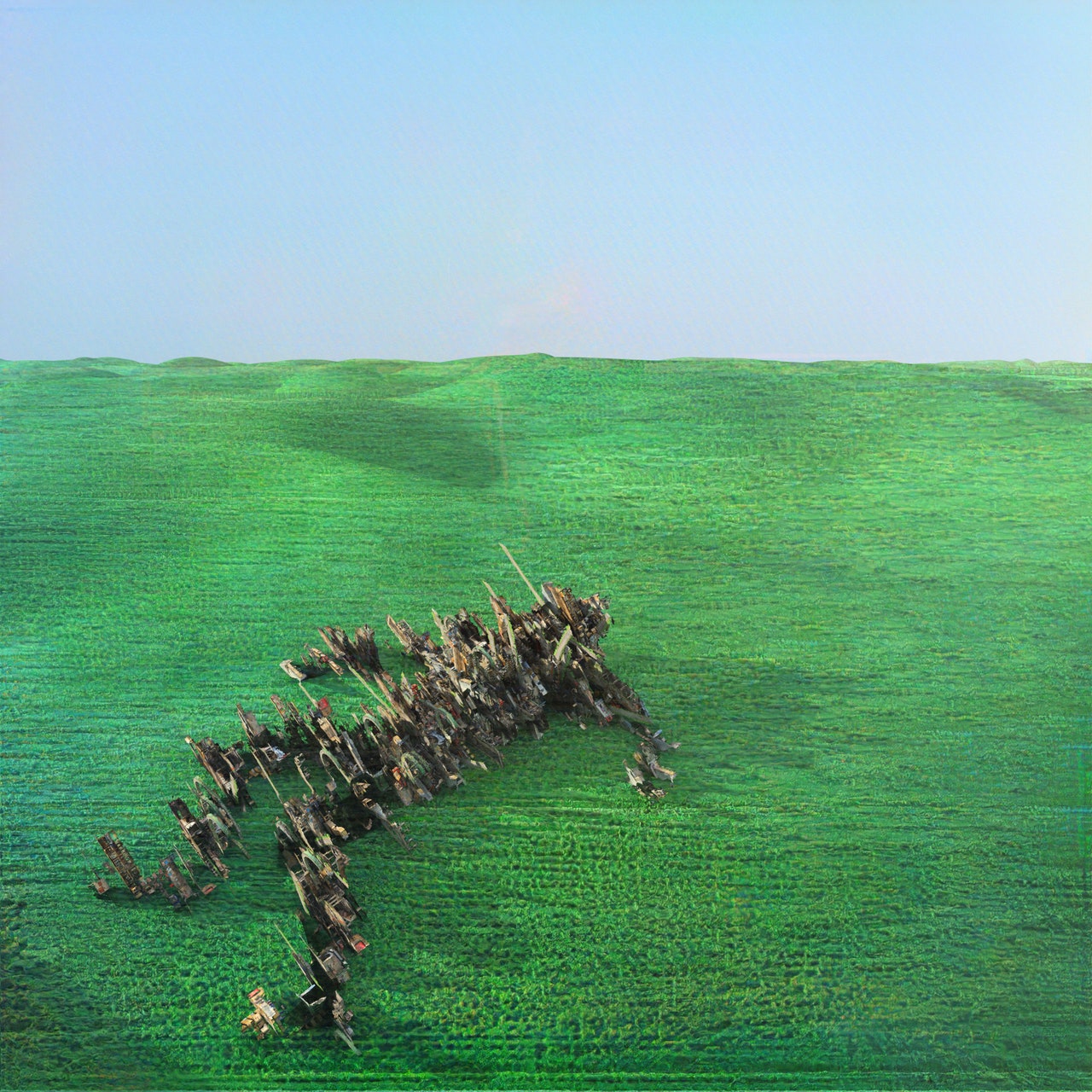 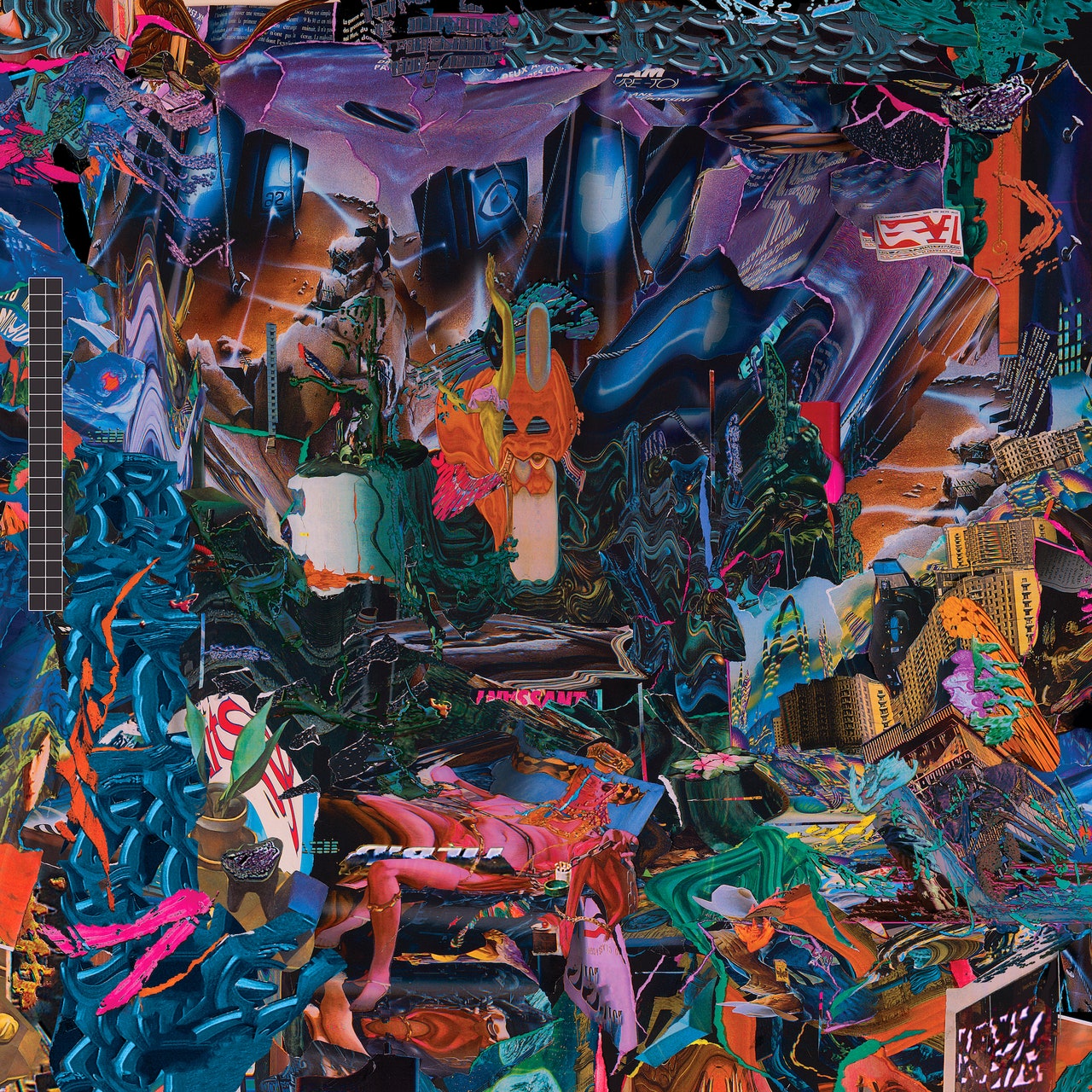 The UK is currently experiencing a wave of wacky post-punk bands. Squid and black midi might be the wackiest of them all.

We’ve already heard some wonderfully wacky UK post-punk albums this year from Goat Girl, Black Country New Road and Shame. Squid and black midi are two other bands making up the recent ‘windmill scene’ (so-called because The Windmill pub in Brixton seems to be a breeding ground for these bands). Like other acts from the movement, they’ve got the dissonant riffs, the loopy vocals and the deranged lyrics. But they’ve revved it all up a gear. They’re even less predictable and even more batshit insane than their contemporaries – and because of this, they’re right up my alley.

I’ll start by talking about the new Squid album. Bright Green Field is the bonkers Brighton band’s debut record. They’ve settled upon a quirky style that sounds like a math rock version of Talking Heads. Drummer/singer Ollie Judge yelps over each track like he’s got a hernia, occasionally singing, sometimes screaming. Guitars and synths squirm around like tentacles in the background (that’s the closest I can come to a squid-related simile), joined every so often by the odd trumpet.

Hooks and grooves can be found in every track, and yet each track is intricate and everchanging. Many of the longer songs are particularly exciting because they seem to veer off in unexpected directions. ‘Paddling’ plunges into a racing guitar rhythm half-way through and ends with Ollie Judge yelling ‘DON’T PUSH ME IN’ over a flood of instrumental layers. ‘Boy Racers’ crashes midway before dissipating into a menacing ambient section of THX-style synths. And then there’s the crown jewel of the album, ‘Narrator’, which settles into an intensifying psychedelic groove that ends with guest vocalist Martha Skye Murphy screeching like a banshee over walls of guitar.

My only complaint with this album is the vocals. Although the yelping is fun in small doses, I found that it started to get a bit grating towards the end of the album. Counterbalanced with slightly more soft singing and harsh screaming, I think that this wouldn’t be the case. Or maybe he just needs to tone it down a bit the same way that Kassie Carlson of Guerilla Toss has toned down her loopy shriek over the years.

Now to move on to Cavalcade by black midi - a band so unorthodox that they refuse to use capital letters in their band name. This is the loony London rock act’s second album. Their 2019 debut album Schlagenheim was a freakish mixture of math/prog rock with various other genres thrown in, topped by some memorably zany vocals: ‘SHE MOVES WITH A PURPOSE/OH, WHAT A MAGNIFICENT PURPOSE!’. This new album Cavalcade takes a much more jazzy direction. It’s more melodic and more serious for the most part – although that doesn’t mean that there aren’t still some utterly unhinged moments.

In fact, opener ‘John L’ is probably the most unhinged song that the band have ever written. With its folkish spoken-word vocals, squealing violins, groovy bass riffage and dramatic pauses, the whole track plays out like a wild circus performance – and that’s before the Behold-the-Arctopus-style prog freakout at the end (the drumming is superhuman). None of the following songs are as crazy or impressive, but many come close such as ironically-speedy ‘Slow’ and suitably-absurd ‘Hogwash and Balderdash’. Each had me on the edge of my seat in awe/fear of what might come next.

The smoother jazzy numbers like ‘Marlene Dietrich’ and ‘Ascending Forth’ show that black midi can get pretty and they feature some very intriguing chord progressions. That said, I’m not entirely convinced by Geordie Greep’s attempt to be a serious jazz crooner. I definitely prefer Geordie when he’s in nutter mode as on ‘John L’ and even this is pretty tame compared to some of screamed ramblings on Schlagenheim. All in all, I think the vocals could have been more off-the-wall.

To summarise, Squid’s vocals are too loopy, while black midi’s aren’t loopy enough. However, there’s still a lot to love about these albums including the impressive instrumental musicianship, the sheer creativity and surprising catchiness of it all.