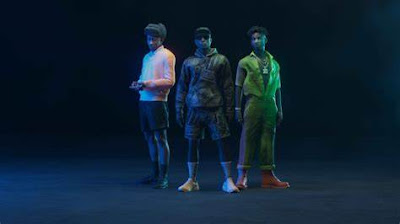 I was spoilt for choice this week when it came to rad music. Consequently, there are no ‘worst’ tracks this week. It’s all bops, no flops. Artists featured this week include Jockstrap, Pharrell Williams, Meat Wave, Big Scary Indian, Chrome Daphne, Fox Fagan and more…

I hate it when experimental musicians decide to drop a token acoustic ballad. There are literally thousands of other musicians I could listen to for that. It’s the equivalent of Heston Blumenthal serving up a ham sandwich. Fortunately, Jockstrap’s interpretation of an acoustic ballad is still pretty wild. The melodies are very unpredictable and there are some gorgeous strings that add extra flavour. It plays out like one of Radiohead’s more erratic tracks.

‘Cash in Cash out’ – Pharrell Williams ft. 21 Savage and Tyler, the Creator

Pharrell Williams has turned the bass up to 11 and conjured up an absolutely monstrous beat. The bars about splurging cash from Tyler and 21 Savage are nothing special, but the beat slaps so hard that it makes up for it. The video is also very inventive and a lot of fun.

For decades, rock acts have glorified dangerous driving (‘Highway Star’ being one of my favourite examples). This suitably speedy track from viscerally-named Chicago band Meat Wave is an overdue attack on boy racer mentality. Maybe it's time to accept that driving like a twat in a ridiculous car is not in fact cool.

‘Plum Gut’ is one of the most playful rock tracks I’ve heard all year. The song opens with a stampede of horses (Are those actual horses or is that a guitar doing those whinny sounds? Because if it’s latter, that’s insane!!!). The track then takes us through a labyrinth of fidgety riffs, frenetic drums, synth swells and alien vocals. Interspersed into the thrilling chaos are various glitchy edits that are so intense I thought my headphones were about to explode. I’ve heard artists like JPEGMafia and Liturgy deploy this trick and it has a definite 'jump scare' quality to it.

Throw some warm jazzy synth chords over a house beat and you’ve pretty much won me over. Of course, if you can sprinkle in some extra creative details, that’s always appreciated too. This song breaks the mould by adopting a 6/4 time signature, which is not something you hear often in dance music. It also throws in some smoky horns to spice things up further.

Enjoy getting lost in this new track from LA-via-Melbourne-via-Portsmouth artist Fox Fagan (he’s travelled around a bit). The funky bass and acid jazz synths combined with psychedelic guitars and elongated vocals make this sound like some Pink Floyd-Jamiroquai crossover. It’s both energetic and spacey.