BEST AND WORST NEW TRACKS OF THE FORTNIGHT 10/06/2022: Jockstrap, Jack Harlow, The Koreatown Oddity and more… 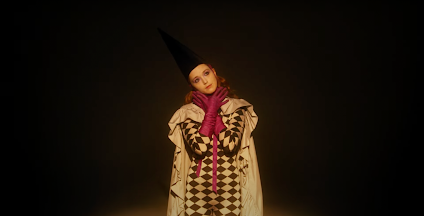 From Jockstrap to Jack Harlow, there’s something for all types of music listener this week. Other artists featured include The Koreatown Oddity, Greytooth, EVNTYD and St Vincent.

I appreciate I’m a little bit late to the party here, but this track is so good that I couldn’t NOT write about it. Jockstrap are a duo from London with a sound that’s pretty tricky to categorise (experimental electronic indie?). ‘Concrete Over Water’ is their latest song, released about a month ago now, which is aeons in blogging terms. Vocalist Georgia Ellery sings with a hypnotic Regina-Spektor-esque breathy tone (she’s also the violinist from Black Country New Road, so clearly a multi-talented musician). The production meanwhile consists of dreamy synth chords that feel almost Beatles-inspired in melody at first – that is until it reaches its ‘beat drop’ (for lack of a better word), at which point the song breaks out into squiggly synths, military drums and rich strings. The theatrical composition makes it very fun and I love the way it teeters on dissonance in order to keep the listener on edge. All in all, it’s a very inventive track.

This is the first time I’ve understood the Harlow hype. The pitched-up sample in the beat is beautiful and there are some truly witty bars here such as ‘ain’t too many cons when you’re playing with the pros’. I’ve seen Jack Harlow referred to as the ‘next Drake’, and you can definitely see the influence here. Speaking of Drake, look who else is on the track! Apparently, he took less than 15 minutes to write this verse and somehow it’s one of his best feature verses in years: ‘man, you n****s drop trash, you littering/ I’m overdelivering to the point that it’s belittling.’

LA rapper, The Koreatown Oddity, is definitely an artist I need to delve more into. The raw production gives it a really intimate feel and I love the message, which he candidly addresses: ‘Stop cheapening the quality of art, that’d be nice!’.

Who is Greytooth? I DON’T KNOW. I wasn’t able to find any information online and, to be honest, I kinda like the mystery. ‘Beneath Central’ is the only song uploaded on their YouTube channel to date, and it’s a pretty unique song, revolving around some enchanting piano arpeggios. Along with the sped-up train video footage (which is very low budget, but equally mesmerizing) it had me hooked. The vocals remind me of a more distraught version of Kele from Bloc Party, featuring playful rhymes such as ‘woo her by the water cooler’.

‘Sleepy Head’ is a song about the frustrations of being a morning person and not being able to seize the day with your partner because they’re still fast asleep. I definitely used to be this type of person until I had kids that got me up at 6am at the weekend (now I look forward to any lie in I can get). Both the vocal and guitar melody have an upbeat and equally melancholy tone to them that perfectly capture the bittersweet tone of the lyrics.

St Vincent wouldn’t have been my first choice to do a cover of ‘Funkytown’ for a Minions movie (although she’s not the most surprising musician to feature on the soundtrack. Brockhampton covering Kool & The Gang??). Nonetheless, I had high hopes for this track, because Annie usually delivers. I was not expecting this abomination. Those vocal effects are grotesque. Annie, you've created a monster!