Review of 'Ants From Up There' by Black Country, New Road 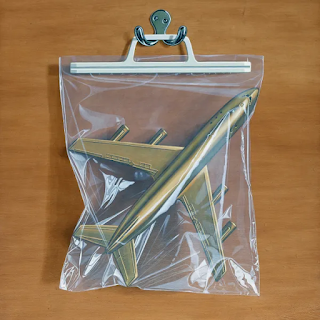 The loony art-rockers are back with their second (and possibly final?) album. The songs are less unhinged this time around, but equally creative.

Black Country New Road (who I’ll abbreviate to BCNR for the rest of this review, because I’m lazy) first captured my attention back in 2020 with a series of deranged suspenseful singles. Isaac’s warbling man-on-the-edge-of-a-mental-breakdown vocals stood out as pretty unique and I loved the slow-building post-punk/math-rock/jazz/klezmer instrumentation. Their 2021 debut album, For The First Time, featured only six tracks, but it squeezed a lot of thrills into those tracks. I did wonder where the band would go next – would they tame things down, or would they continue to get wackier?

Having listened to Ants From Up There, it seems like they’ve largely tamed their chaotic side. There are no klezmer jams this time around and there aren’t as many Slint-y dissonant moments. And besides ‘she’s got Billie Eilish style’, there are few absurd quotable lyrics from Isaac (possibly because he’s doing less shouty sprechgesang, and more singing on this album). The result is an album that’s less bonkers and a bit more serious.

Of course, that isn’t to say that BCNR have completely lost their kooky charm. In fact, there is still a lot of exciting stuff going on instrumentally on this record. One of the things I loved on their debut was the use of sax, piano and violin. On Ants From Up There, these instruments play an even more integral part. This mix of instruments results in some really unique and diverse tracks ranging from theatrical barnstormer ‘Chaos Space Marine’ to fluttering ballad ‘Haldern’. It's refreshing to hear a rock band that's not so guitar-centric.

There's also a subtly proggy vibe to their music that I love. There are unconventional time signatures and rhythm changes all over this album. And yet they're able to pull it off without the music sounding too nerdy or disjointed -  'Good Will Hunting' flows really well despite constantly switching up the rhythm.

It feels like BCNR have found their own sound here. They no longer sound like the ‘world’s second best Slint tribute band’, which is good, because no one likes a copycat. That said, I do kinda miss the unsettling suspense that those Slint-y dissonant moments provided on For The First Time. The melodies found in tracks like ‘Concorde’ and ‘Snow Globes’ are just a little bit too breezy for my liking (however, the latter track does make up for it with the thunderous drum freakout). That’s probably the one thing I’d like to see them bring back on their next album.

If there is a next album, that is. Isaac announced that he was quitting the band shortly before this album dropped, so now the band’s future is a mystery. Will the band bring in a new vocalist? Will they continue without vocals? The instrumentation is a major part of their sound, but I do think Isaac’s vocals were very unique and important to BCNR too, so it will be interesting to see how the band will progress from here – if they can progress at all. I’m hopeful that this isn’t bye-bye for BCNR. If it is, at least they blessed us with two fantastic albums.