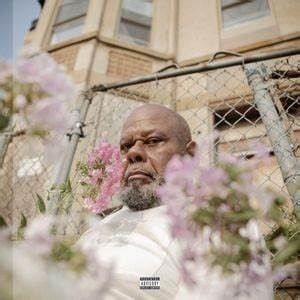 I’ve got quite a few good things to say about Few Good Things.

Saba is arguably the most exciting Chicago hip hop artist in the game right now. Yes, I realise that Chance and Kanye are both from the same city, but their albums have both been pretty hit and miss recently. Saba on the other hand seems to be going from strength to strength. His debut Care For Me was a soulful mix of jazzy beats and introspective lyrics that ended up making my 2018 AOTY list. Few Good Things has that same soulful feel, but this time with creatively catchy hooks and energetic beats woven into the mix.

The album opens with ‘Free Samples’. It’s admittedly not the best start to the album – some dude named Cheflee offers some shaky singing, and while the jazzy guitar arpeggios and Saba’s fiery rapping are fun, they sound a little too heavily influenced by Kendrick’s TPAB. However, second track ‘One Way or Every N***a With A Budget’ is much more solid song, featuring the first of many super-catchy choruses on the album. It’s followed by a gauntlet of bangers including mean bassy slapper ‘Survivor’s Guilt’, funky Outkast-flavoured anthem ‘Fearmonger’ and soulful bop ‘Come My Way’ (the ‘and-then-we-gooood’ chorus is incredibly infectious).

There are less earworms in the middle of the album, but the quality doesn’t really dip. ‘A Simpler Time’ features a shuffling creative beat and ‘If I Had A Dollar’ features some wise words about persevering through failure. ‘Stop That’ meanwhile takes alliterative tongue-twister bars to the next level: ‘when you hit the mattress, imagine a mansion/I feel like a mad man amassed in the vein’.

The best three tracks on the album come at the end – they each feature gorgeous production and some of Saba’s most intimate bars. ‘Make Believe’ is about facing the reality of fame and features some creative woozy pitched-down vocals half-way through. ‘2012’ is a gorgeous nostalgia trip with some touching bars about not realising what you’ve already got. Track title ‘Few Good Things’ then serves as an epic seven minute closer. It features a spine-tingling transition half-way through, followed by a great guest verse from Black Thought and some passionate bars from Saba. My only gripe is that really really really long pause towards the end of the track.

The incredible beats, the dynamic delivery and the soulful lyrics all make for a fantastic album. And yet I feel Saba still has room to grow - you can tell he's still in the process of searching for his sound.