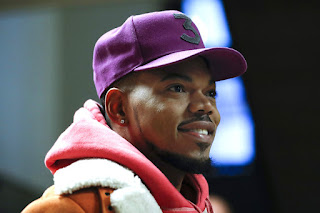 Justin Bieber has made it into my best tracks of the week (not an April Fool’s joke). Meanwhile, the new Nigo/Pharrell/Gunna song slaps harder than Will Smith at the Oscars. Plus, fantastic new tracks from Chance the Rapper, Ghum and The Derevolutions.

This beat is insane. PUT A STRAIGHTJACKET ON IT! It shouldn’t slap considering the lack of kick drums and 6/8 time signature, and yet it slaps harder than any beat I've heard this year. Japanese producer Nigo must have had a hand crafting it as he is credited on the track, however you can clearly hear that is largely the work of Pharrell just by the textures. How is Pharrell producing beats this innovative and fresh so late into his career?

‘Child of God’ – Chance the Rapper

The Big Day was a big dud, but Chance can definitely still rap. There are no corny lines here or annoying inflections. In fact, he dedicates most of it to just doing what he does best, which is delivering crazily creative rhymes like ‘manhandled’ and ‘panhandle’. Like ‘delicatessen’ and ‘delicate lessons’. It’s enough to overlook all the God stuff.

The scuttling drum rhythm combined with the syncopated bass guitar won me over straight away. It’s so intense! The London post-punk band remind me of Savages a bit in their style. Apparently, the band met through a Gumtree ad, which is what inspired the name ‘Ghum’.

Boston band, The Derevolutions, have revived their old hit song ‘Bad King Kong’ and remixed it into something equally creative and catchy. I don’t know what they’ve done to that guitar to make it sound like that, but I absolutely love what I’m hearing.  It’s wild and weirdly infectious.

I told you it wasn’t an April Fool’s joke! Admittedly, the reason this song has made it into my best tracks of the week isn’t so much because of Justin Bieber, but the sensual vocals from Kehlani and groovy bassline. They are what make this the seductive r&b babymaker that it is, although Justin’s contribution certainly isn’t bad (he does a much better job of sounding seductive than he did on ‘Yummy’).

I misread the song as ‘DDG’ and the artist as ‘Elon Musk’, and was sorely disappointed when Elon Musk didn't turn up for a rap verse.