Review of 'Melt My Eyez See Your Future' by Denzel Curry 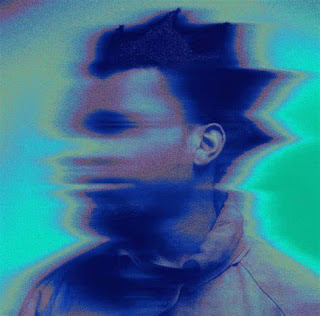 Denzel is sounding less aggressive and more introspective here. And he’s jumping on some of the most stylistically diverse beats of his career. It’s an exhilarating album – but is it better than his 2018 masterpiece TA1300?

Of all the rappers to emerge out of the Sunshine State’s SoundCloud rap scene, Denzel Curry has consistently proven himself to be the most talented and creative. His wordplay and flow are leagues ahead of the likes of Lil Pump and Smokepurpp, and his beats go much harder. I would go so far as to call him the best hip hop artist to come out of Florida. Ever. Better than Rick Ross. Better than Pitbull. EVEN BETTER THAN FRED DURST.

I’ve reviewed every LP Denzel has dropped since 2013’s Nostalgia 64 and loved them all. My favourite album to date is 2018’s TA1300. As well as being a ridiculously catchy album, it was incredibly dynamic, sporting Outkast-flavoured melodic hooks and hyperaggressive scream rap anthems. Since then, I’ve been eagerly awaiting for Denzel to release another ‘proper album’. 2019’s banger-fest Zuu and 2020’s experimental Kenny Beats collab UNLOCKED were two stellar projects, but they were both under 30 minutes and hurriedly thrown together, so I don’t count either as a ‘proper album’. Melt My Eyez See Your Future on the other hand is 45 minutes in length and clearly had a lot of studio time poured into it. It therefore meets my personal criteria for ‘proper album’.

Melt My Eyez See Your Future is yet another stupidly good album. The beats are mental and draw influences from all kinds of genres. There are jazzy TPAB-flavoured instrumentals as on ‘Melt Session #1’ and there are blaring trap backdrops like ‘Sanjuro’. There’s also a surprise drum and bass drop on ‘Zaitochi’ and whatever the hell is going on in ‘The Smell of Death’ (I can imagine this track isn’t everyone’s cup of tea, but personally I love a bit of Thundercat-fuelled weirdo-funk).

Denzel’s rapping meanwhile is equally playful and varied. There’s no screeching or DMX barking this time around, but despite being relatively calmer, he still packs a lot of dynamics into his delivery including his woozy drunken flow on ‘John Wayne’ and the autotuned singing on ‘X-Wing’ (in this case, I’m not a huge fan of either, but I respect Denzel for experimenting). There’s also a good mix of hooky tracks like ‘The Last’ and rap-heavy tracks like ‘Walkin’.

Lyrically, most of the tracks make references to ‘fighting demons’ and ‘suicide’. It’s similar to the mental-illness-themed content on TA1300, but it definitely feels a lot more personal (in fact, Denzel announced that he was stripping away all his alter egos prior to this album). While I’m glad Denzel is able to use this album to be authentic and vent his darkest thoughts, the entertainment value suffers a little as a result. There are still some ingeniously playful diss bars on this record like ‘Run the Jewels, cos I kill a mic on any LP’, but there’s nowhere near the same amount of witty wordplay as there was on UNLOCKED, replaced instead largely by gloomy descriptions of depression and anxiety. Some listeners will dig this, but personally I feel that Denzel does pun-heavy trash-talking so much better.

Melt My Eyez See Your Future is therefore not on the same level as TA1300 for me. That said, it’s still a monster of an album – the beats, hooks and flows don’t disappoint. It’s currently tied with Saba’s Few Good Things for hip hop album of the year.