Double Review: ‘Immutable’ by Meshuggah and ‘Parrhesia’ by Animals As Leaders 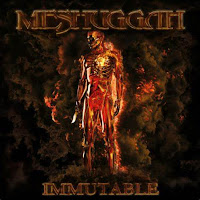 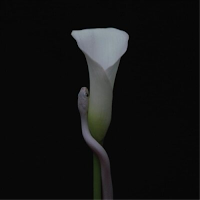 Immutable and Parrhesia both succeed in being face-meltingly heavy and impressively complex metal albums - even if they are both utterly exhausting to listen to.

If you’re an dedicated djent disciple (djisciple?) you’ll likely be familiar with Meshuggah and Animals as Leaders. Swedish metal stalwarts Meshuggah spawned the whole ‘djent’ subgenre back in the 90s, taking the nerdy polyrhythms of prog metal and the br00tal chugging riffs of groove metal and combining them into a head-spinning and strangely head-bangable breed of metal. DC instrumental trio Animals as Leaders are one of many bands inspired by Meshuggah. Their music is arguably more complex and a lot less groovy, but also contains more glimpses of melody than Meshuggah.

I loved the lead singles from both these records (‘Monomyth’ was one of the my favourite singles of last year and ‘The Abysmal Eye’ is already on target to be one of my favourite singles of this year) and so had high hopes for both Immutable and Parrhesia. Both albums definitely have their fun and creative moments. In fact, there are many tracks here that I’ve been regularly returning to. Unfortunately, despite how intense these albums are, there are other moments where I found myself tuning out. I’ll explain why…

Let’s start with the new Meshuggah album. There's certainly nothing ‘muted’ about Immutable. Opening track ‘Broken Cog’ features a guitar tone that’s so bone-crushingly heavy that it makes a Gatling gun sound clean. Second track ‘The Abysmal Eye’ meanwhile is a fierce maelstrom of a track featuring some wildly impressive drumming (the bit with the rolling snares is particularly rad) and a riff in a time signature that I cannot even begin to calculate.

The album continues to deliver chaotic chugging riff after chaotic chugging riff. There aren’t any clean guitars until 7th track ‘They Move Below’ and I’m pretty sure there isn’t a 4/4 riff until 11th track ‘The Faultless’ (which, for the record, is an absolute banger). It would be ignorant to expect more clean melodic sections and straightforward grooves on a Meshuggah album, and I don’t think that’s the reason why this album is as exhausting as it is. The issue is that this album is over an hour long, which is a long running time for any metal album. It also doesn’t help that a lot of these songs consist of repetitive mid-tempo riffs without much attempt to build or progress them. Without a break from the constant mid-tempo pummelling, it becomes easy to become desensitised to the heaviness.

Animals as Leaders’ Parrhesia is a very different beast. Unlike Meshuggah who rely on repetitive riffs, Animals as Leaders are constantly jumping restlessly from one passage to the next. Monstrously talented guitarist Tosin Abasi is all over the fretboard like a spider on meth. Meanwhile, overshadowed-but-equally virtuosic second guitarist Javier Reyes and bionic drummer Matt Garstka keep pace while peppering in lots of extra details, so that the listener is constantly being thrown around like a ragdoll.

It's a dizzying listen with a lot going on, but there are plenty of cool moments that stand out. The most inventive parts are where the band get ultra-heavy such as the SMG-like triplet notes making up ‘Monomyth’, the malfunctioning breakdown towards the end of ‘Red Miso’ and the pulverising outro of ‘Gordian Naught’. It’s unfortunately the melodic moments that let this album down. Animals As Leaders’ 2009 self-titled debut had so many gorgeous jazzy moments (like ‘On Impulse’) that felt organic and allowed space to breath. On Parrhesia, most of the melodic sections are speedy and robotic. There’s a beautiful guitar passage half-way through ‘Monomyth’, but it’s brief and sounds very similar to the melodic progression that features at the 1:40 mark in ‘Gestaltzerfall’. All in all, it's lacking soul.

Highly technical metal can always run the risk of sounding too mechanical as musicians focus too much on impressive musicianship. I think both Meshuggah and Animals as Leaders have been slowly drifting this way for a while. Fortunately, there are some bangers here, but I’d personally like to see both bands provide a few more organic ‘human’ moments.

Parrhesia by Animals as Leaders: ★★★☆☆